Leicester Lions, Macclesfield and Peterborough Lions aim for away success 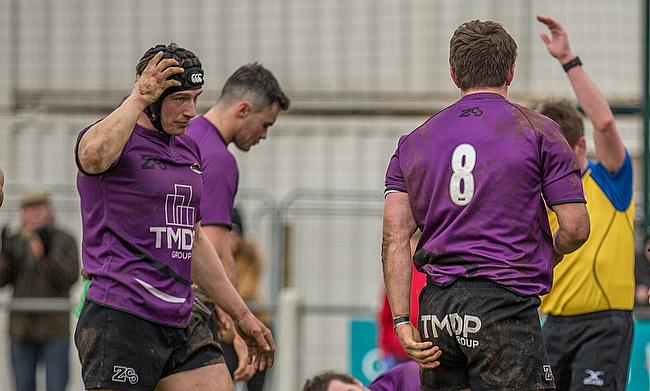 The bottom three in National Two North will all be hoping they can get their respective campaigns up and running this weekend as Leicester Lions, Macclesfield and Peterborough Lions all go in search of their first victories of the season.

The only other side in the division still without a win to their name are Tynedale, but due to illness within their squad this week, their clash with second placed Chester has been postponed.

With that in mind, early league leaders Hinckley could extend their advantage at the summit of National Two North if they can pick up the desired result against Midlands rivals Stourbridge on Saturday.

It was a performance full of character from Hinckley last weekend. The Midlands club were reduced to 14-men with over 50 minutes of their game remaining against promotion candidates Hull Ionians, but George Chuter’s side showed great resolve to produce a superb performance to maintain their winning start to the campaign. Hinckley have won all four of their opening matches and they currently sit at the summit of the division heading into the final fixture of September.

Last year, they did flirt with the possibility of a top two spot and it looks as though they are staking their claim for another promotion challenge this term. Stourbridge were also in the mix at the right end of the table last season and it seems like they could be a contender once again after three victories from their first four matches. Stour did lose their second game of the campaign against Sheffield Tigers, but they have responded with back to back wins against Tynedale and Peterborough Lions. In this corresponding fixture last season, Stour were well beaten by Hinckley so they will be hoping roles are reversed in this latest Midlands derby.

Fylde Head Coach Warren Spragg was ‘delighted’ to see his side pick up their first away victory of the season last Saturday. The Lancashire outfit defeated Leicester Lions to make it three wins from a possible four to begin the new term after relegation from National One last season. The men from Woodlands have begun the campaign well - despite a derby day loss to Preston Grasshoppers - and they will be keen to conclude this month on a high when they host Sheffield Tigers in Round Five.

The Tigers head to the north-west on the back of a narrow defeat against second placed Chester. Their loss last weekend would have been frustrating for Jamie Broadley and his side, but they have already shown this season that they can respond in the perfect manner. After losing to Hull Ionians on the opening day, they secured consecutive wins against Stourbridge and South Leicester so the Yorkshire side will be keen for a similar reaction when they take on Fylde this Saturday.

Hull Ionians’ excellent start to life back in National Two North came to a halt last weekend as they were defeated by a valiant Hinckley side. The I’s could not overcome the 14-men of Hinckley as they slipped to their first loss of the campaign, but now the Yorkshire outfit will be itching to bounce back straight away when they entertain Wharfedale this weekend.

Hull’s home record in this division is very impressive and they have won their last 17 games at Brantingham Park at this level, but Wharfedale do know what it takes to beat the I’s in their own back yard after achieving that feat in National One back in 2015. Of course, times have changed since then and Dale will be hoping their fortunes can be transformed in Round Five following back to back defeats against Hinckley and Otley. After beginning the month with successive victories, they will be eager for that winning feeling to return as September concludes.

It was far from comfortable, but Sedgley Park managed to get themselves over the line against Preston Grasshoppers in Round Four. After a narrow away defeat against Wharfedale in Round Two, last weekend’s victory at Lightfoot Green would have been pleasing for Matt Bebbington and his side who enter the final Saturday of September with three wins to their name.

Marshall @gaddaffi84 looks toward the weekend with @SedgleyTigers the opponents on Saturday!! Bring your support to Whitefield, Manchester!!!! #maccrugbytv #maccrugby pic.twitter.com/Pq1DGKTIF0

Last year’s runners-up are slowly starting to click into gear as they currently sit in fifth place and they can really enter the second month of the season with momentum behind them if they can defeat Macclesfield at Park Lane this weekend. On paper, Sedge are clear favourites for this clash as Macc come into this fixture having lost all four of their fixtures so far this term. The Blues are really struggling for form and ill-discipline cost them in Round Four against Huddersfield so Marshall Gadd’s side will be wanting to end a very difficult start to the campaign with a positive performance this weekend.

After a flying start to the season for South Leicester, the Midlands club have slightly taken their foot off the pedal over the past two weeks. Back to backs wins over Macclesfield and Leicester Lions was the perfect start for new Head Coach Geraint Davies, but his side have failed to build on that early season form having been well beaten by Sheffield Tigers before rescuing a draw against Tynedale last weekend.

The aforementioned loss to Sheffield Tigers came at Welford Road so South will be keen to redeem themselves in front of their own supporters this Saturday when they host newly promoted Peterborough Lions. The Lions are still the only side in the division without a point and Simon Moyle’s men were second best against Stourbridge in Round Four. They will be hoping for better fortunes against another Midlands side this weekend as they go search of their maiden victory.

Huddersfield Head Coach Gareth Lewis was keen for his side to gain an away victory over Macclesfield last weekend and his players delivered as they breezed to a comfortable win at Priory Park. Following successive narrow defeats against Sedgley Park and Otley, the Yorkshire side are beginning to recapture the form that saw them finish in sixth place last term.

Back to back wins over Preston Grasshoppers and Macc mean confidence will be high at Lockwood Park when Field entertain Leicester Lions this Saturday. The same can’t be said for the visitors as they arrive in Huddersfield having lost all four of their games this season. Andy Key’s side have shown slight improvements as the month has progressed, but they will be keen to kickstart their campaign in Round Five as the Lions aim for their first victory since the beginning of March.

Otley would have been very content to come away from Wharfedale with a victory in Round Four. They produced an excellent second half performance to clinch the win at the Avenue and the Yorkshire side will now be hoping to back that up when Preston Grasshoppers visit Cross Green on Saturday.

The hosts haven’t won successive games since January so coaches Tom Casson and Jack Maunder will be keen for that unwanted record to be banished this weekend. As for Preston, they come into this fixture on the back of two narrow defeats which so easily could have been victories. A late collapse at Huddersfield was followed by Sedgley Park snatching the win at Lightfoot Green last weekend so Paul Arnold and his newly promoted side will now be hoping that they can end up on the right side of a result in Round Five as they aim for their second win of the campaign.