Launchbury behind schedule with rehab 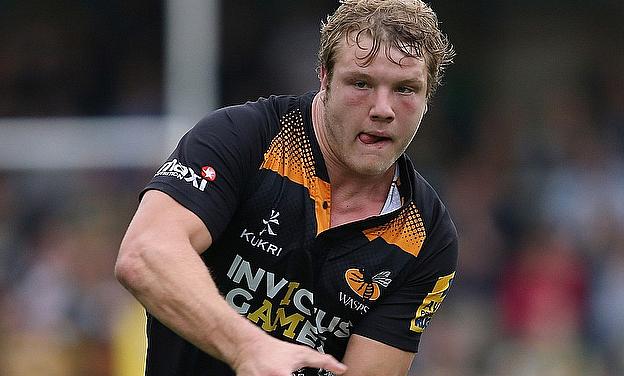 Wasps sign off in style
Haskell: I'll be fit to face NZ
Launchbury commits to Wasps
Wade looks ahead to Champions Cup opener

England lock Joe Launchbury could miss the start of the RBS 6 Nations after Wasps director of rugby Dai Young revealed his rehabilitation is behind schedule.

Launchbury was ruled out of last month's autumn series at Twickenham because of a recurring nerve problem in his neck and was told he would need six to eight weeks of rest to recover.

The 23-year-old was expected to return to club duty over Christmas and New Year, but must now see a specialist for an update on a condition that places his involvement in the Six Nations opener against Wales on February 6 in doubt.

More alarmingly, if Young's worst-case scenario of a three-month absence materialises, Launchbury will miss the entire Championship as the countdown to the 2015 World Cup continues.

"Joe's rehab isn't going quite as quickly as we'd like. He has an appointment with the consultant next week and we'll know more then," said Young after Wasps' 44-17 Champions Cup victory over Castres.

"Fingers crossed it's not too serious and his rehab will pick up quickly. Sometimes the rehab goes quicker than expected, sometimes it goes slower. There are checkpoints and those aren't being reached as quickly as we'd hoped for.

"We have a good relationship with England, we work together on everything and the most important thing is to be getting Joe right.

"He has been out for a while and we want him back and 100 per cent. Whether that's in two or three week's time or two or three month's time, who knows. Only time will tell."

Wasps ran in seven tries against Castres to keep intact their ambition of qualifying for the knockout stage of the Champions Cup and now trail Pool Two leaders Harlequins by only one point.

The bonus-point victory had been secured by half-time and Young felt the result was a fitting farewell to Adams Park in their final appearance in High Wycombe before relocating to Coventry.

London Irish will be their first opponents at the Ricoh Arena on Sunday, but it will be the January showdown with Leinster at their new home that could decide their passage into the quarter-finals of Europe.

"That was a great way to say thank-you to Adams Park, which has been our home for 12 years now," Young said.

"It's goodbye to Adams Park but hopefully it's not goodbye to our supporters. We want to get as many of them to Coventry as possible.

"People want to watch big and meaningful games, so it's important that stepping into our new chapter that we have these big occasions in January."