Land Rover and Gatland on the hunt for Grassroots Lions fans 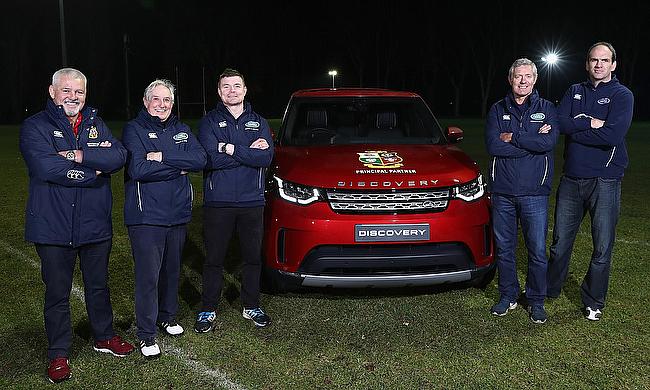 Land Rover is scouring grassroots rugby for people who embody the game’s values of resilience, integrity and passion – to reward them with a trip to New Zealand for the British & Irish Lions Tour.

Warren Gatland helped kick off the search by surprising West London rugby club Whitton Lions RFC during training. The Lions Head Coach turned up with legendary Lions Brian O’Driscoll, Martin Johnson, Gavin Hastings and Sir Gareth Edwards. It was the first stop on a UK and Ireland tour by Land Rover to find players and supporters who deserve a trip to join the Lions in New Zealand for the first Test in Auckland in June.

“To represent the British & Irish Lions is truly special but being a Lion is so much more than just being an exceptional rugby player. The values that make rugby unique are important to the Lions. At a grassroots level these values are just as apparent and coming down to see Whitton Lions train it is obvious there are some things that remain true no matter what level of rugby you are playing at.”

“When you become a British & Irish Lion you realise that so many of the aspects that make rugby special and unique are heightened, and that the values you learnt playing grassroots rugby are just as relevant at the pinnacle of the game. Land Rover’s competition aims to unearth players and fans from all levels of the game, who epitomise what makes the Lions so special. We are not looking for the best players but for individuals who deserve their very own Lions experience to join this summer’s tour.”

The surprise visit was the first in a series of Land Rover events during the build-up to the 2017 British & Irish Lions Tour to New Zealand, involving grassroots clubs, Land Rover retailers and rugby grounds around the UK and Ireland. A British & Irish Lions branded Land Rover vehicle was also unveiled at the Whitton Lions RFC event and will be used to tour the UK and Ireland to recruit entrants for Land Rover’s competition to win a trip to the first Test in New Zealand.

The British & Irish Lions Tour to New Zealand 2017 will be Land Rover’s sixth tour and is testament to the brand’s heritage in supporting rugby at all levels.

Mark Cameron, Brand Experience Director, Global Marketing at Jaguar Land Rover said: “Land Rover shares a renowned rugby heritage with the British & Irish Lions and is proud to have supported them for more than 20 years. Rugby’s values of resilience, integrity and passion resonate with Land Rover. Land Rover understands and shares the values that make rugby unique. Through the continuation of our Rugby World Cup 2015 ‘We Deal in Real’ campaign, Land Rover is celebrating the game’s grassroots and rewarding those who give so much each week, with an unforgettable British & Irish Lions experience.”