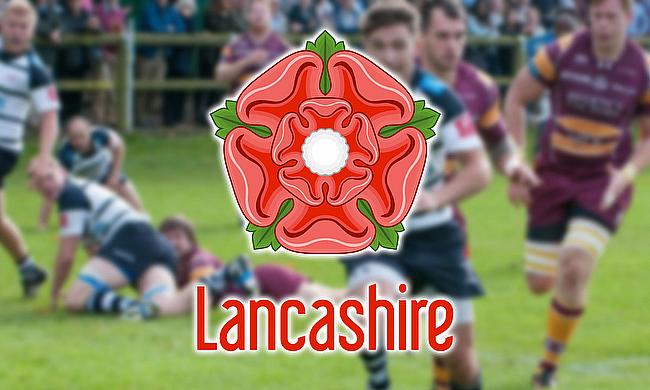 Rugby in the North West of England*
©TRU

Being based in Lancashire, rugby in the local county is a topic near and dear to all involved with Talking Rugby Union.

N.B all statistics and league rankings are up-to-date as of 7th October 2016

Historically one of the most established clubs in English rugby, Fylde have nonetheless endured a difficult start to the new season in National League 1.

Despite a promising partnership with Premiership club Sale Sharks which sees the latter loan Fylde players requiring additional gametime, Fylde have had a tumultuous opening month, losing at home to Moseley (20-25), away to Macclesfield (22-44), at home to Blackheath (24-25) and away to Hartpury College (14-57). The close nature of three of their losses has at least allowed them to amass three consolatory bonus points.

As with Vale of Lune mentioned elsewhere however, last weekend saw a small change in the Lancastrians’ fortunes – a 26-20 victory over Esher gave Fylde their first win of the new season that sees them also climb to 13th in their respective division.

A single win in five outings has condemned Preston Grasshoppers to a lacklustre start to the season in National League 2 North.

Despite a strong start to 2016-17 with three wins in five games, Blackburn have found themselves stung by the competiveness evident in this season’s North 1 West division.

Comprehensive wins over Eccles (27-18), Altrincham Kersal (13-9) and Wilmslow (21-14) have been offsets by losses to Kirkby Lonsdale (14-27) and Birkenhead Park (6-34), with Blackburn now finding themselves comfortably entrenched in mid-table.

A home fixture this weekend against West Park SH will be extremely important in determining which half of the table the club ultimately end up rotating around.

It has been a tough start to the season for Lancaster-based Vale of Lune FC who dropped four of their opening five games to begin the 2016-17 season.

However there appears to be some respite on the horizon; tries from outside centre Brett Robinson and Sam Wallbank propelled Vale to a 23-20 victory over Altrincham Kersal on Saturday to lift them into a disappointing, but slightly more respectable 13th in the table.

Four wins and a draw last weekend at home to Wigton has seen Fleetwood make a flying start to the new season as they sit comfortably atop the North Lancs/Cumbria league.

Despite a 17-17 draw with Wigton on Saturday, four consecutive victories over Aspatria (17-3), Workington (55-0), Carlisle (16-15) and Silloth (36-7) to open their domestic campaign has immediately ensured Fleetwood’s status as potential championship contenders.

It has been a perfect start to the season for Burnley RUFC who, after five rounds, find themselves sitting pretty atop the Lancashire (North) table.

An abrasive 19-14 win away at North Manchester to start the season has since provided a platform for Burnley to unleash a torrent of devastating form – they followed that result with a 91-15 win over Omrskirk, a 63-5 victory away at Ashton-under-Lyne, a 38-16 triumph over Thornton Cleveleys, and most recently a 84-12 conquest away against Bury.

With such an emphatic start to the season, Burnley look well-placed to be there-or-there-abouts atop the table all season long.

Thornton-Cleveleys will undoubtedly be feeling a little bit hard done by. Despite an excellent month that saw them pick up four wins from their opening five fixtures, the impeccable form of Burnley and Tarleton has seen Thornton-Cleveleys relegated to third in the table.

It’s been an uneven start to the season for Garstang RUFC. An opening day 20-18 win over Colne & Nelson was followed by two consecutive losses away to Tarleton (25-34) and Didsbury Toc H (20-39).

A return to Preston last weekend would appear to have been the perfect remedy for the Oaks’ fortnightly ills however as they picked up their second win of the season upon their return to their home ground, prevailing 23-20 over Orrell in an abrasive encounter.

Despite a tricky opening to the season that has saw them play away three times in four weeks, Clitheroe have emerged in decisive fashion as one of the early leaders in Division 3 North.

Four games. Four wins. Four try bonus points. Clitheroe have eased to the summit of the table with emphatic wins over Tarleton Seconds (29-13), Oldham Seconds (50-5), Rochdale Thirds (110-19), and Thornton Cleveleys Seconds (25-14) scoring at least four tries in every single fixture (including 18 against Rochdale!)

After four weeks, one can safely say Clitheroe’s fortieth season as a club is off to a start worthy of such a milestone.

Blackpool Rugby Club have suffered a torrid start to their 2016-17 season losing all five of their opening fixtures, with a solitary losing bonus point further compounded their problems.

Said bonus point came in the season opener at home to Fylde Fourths (8-10) which has since proved to be their most competitive fixture of the season. Since then, Blackpool have sustained heavy losses at the hands of Orell Seconds (3-73), Kirkby Lonsdale Thirds (7-42) and Preston Grasshoppers Fifths (9-72).

Brian Ashton Interview: “The National Leagues continue to promote the characteristics of rugby

Sam Bedlow: “Moving to Bristol is something I needed to do in order to reach my ambition”