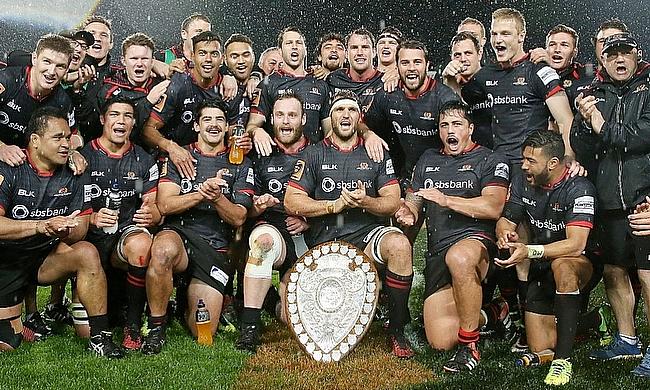 Canterbury won the Ranfurly Shield for the first time since 2010.
©PA

Jordie Barrett kicked two penalties in the closing stages of the match as Canterbury went on to clinch the Ranfurly Shield beating Waikato in a tense 29-23 win.

Iliesa Ratuva's try in the 66th minute allowed Waikato to level the scores 23-23 but Barrett held his nerve in the final 10 minutes to ensure Canterbury won their first Ranfurly Shield since 2010. This is also the 15th time overall they claimed it as well.

Jordan Manihera touchdown earlier in the game allowed Waikato to take a 5-3 lead but Ben Funnell and bohnny McNicholl responded with tries of their own to take Canterbury to a 20-12 lead at the end of the first half.

However, Waikato bounced back with Jordan Trainor slotting two penalties and reduced the gap to two points which was followed by Barrett's three-pointer and the score remained 23-18 in favour of Canterbury.

Even though, Ratuva levelled the score with a try in the 66th minute, Barrett made full use of the infringements made by Waikato at the end and completed a 29-23 victory for Canterbury and also stretched their lead at the top of the standings.

Meanwhile, former New Zealand and Canterbury fly-half Dan Carter could not hide his excitement after the victory.

The #RanfurlyShield is heading home. Congrats to my @crfu brothers.