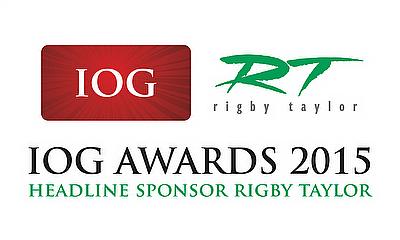 Rigby Taylor are headline sponsors of the IOG awards

The 2015 Institute of Groundsmanship (IOG) awards event - sponsored by Rigby Taylor and Top Green - is set to be a record-breaker with over 500 seats already booked five weeks ahead of the event.

Never before have that many people attended the event, which acknowledge the high standards achieved by volunteer and professional teams as well as individuals at facilities ranging from grassroots to professional stadia level.

The event will be held at the Birmingham Metropole Hotel on Wednesday 4th November, the opening day of the SALTEX exhibition at the nearby National Exhibition Centre.

IOG chief executive Geoff Webb is pleased to see the development of the awards event and the continued popularity of both the awards and the SALTEX exhibition.

"The annual awards have gone from strength to strength since they were launched, which is testament to their continued popularity," he said.

"We’re especially pleased at the record number of advance bookings this year when the event is being held alongside SALTEX - which itself has more exhibitors than it did last year.

"Together, the awards and SALTEX will showcase everything that is great about the groundscare industry," he added.