Inspired Durham pick up a trio of victories 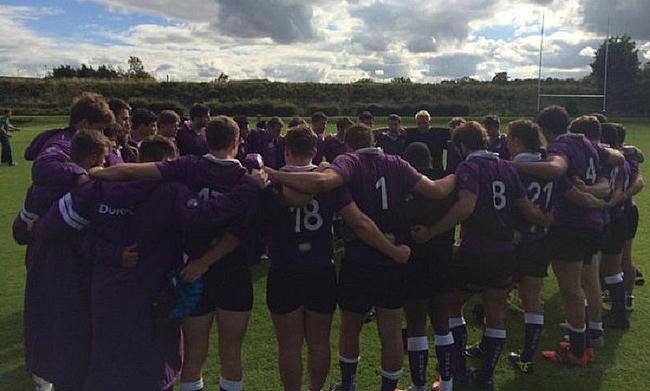 Durham University have an excellent week of BUCS rugby
©DURFC

Title in reach as Loughborough shine again
Henry - Focusing on Bath and the professional dream
BUCS Rugby: The mid-season report

Last week we focused on two of Loughborough University’s BUCS teams topping two of the divisions, but this week, are attention is firmly on Durham University as all three of their sides came away with impressive wins.

Their 1st XV secured victory over Northumbria University in a professional performance while their 2nd XV stunned Nottingham Trent and their 3rd XV have now gone a full year without losing a match after a win over the University of Liverpool.

Elsewhere across our featured BUCS leagues, there were no games in Premier South A, but the University of Leeds took a huge step towards safety in Premier North A while Manchester Met also did something similar in Northern 1A.

Bishop Burton, the University of Sheffield and Leicester University all claimed victories to move up to second in their respective leagues and Nottingham 4ths heaped more misery on University of Derby 1st (Buxton) in Midlands 2A.

The top two sides weren’t in action this week in Premier North A which allowed Durham University to crank the pressure up on Leeds Beckett and they did just that with a 39-12 win over Northumbria University.

Durham ran in five tries on their way to a sixth win of the season and they are now just three points behind second placed Beckett with a game in hand. Mathematically, they can still win the title, but it seems unlikely that league leaders Loughborough will lose both of their remaining games.

Durham have already secured a Champions Trophy Finals spot as they look to repeat their title winning season of 2012/13.

As for Northumbria, they remain sixth in the table after their seventh loss of the season and they are just six points clear of the relegation spot, which Nottingham currently occupy. Both teams have three games left and they face off in two weeks’ time.

The visitors were behind 7-6 at the break before they controlled the second 40 where they scored a couple of well worked tries to seal the win. The victory moves Leeds up to fifth in the table and more importantly, eight points clear of Nottingham who have lost all nine of their games this term.

Like their university 1st XV, Loughborough 2nds also have a 100 per cent record as they made it nine wins from nine thanks to a 12-32 win over fifth placed the University of Worcester.

Loughborough, who promoted from Midlands 1A last term, now sit five points clear at the top of Premier North B and need a maximum of three more wins to clinch the title for them to a have shot at Premier North A.

As for Worcester, they have played they have played 10 matches so far this season and are five points clear of the bottom two. The team below them, Birmingham and Manchester have both played two games less than Worcester so they are certainly not clear of danger just yet.

Bishop Burton College returned to action this week and regained control of second spot in the table from Nottingham Trent as they beat bottom side the University of St Andrews 41-12 at home.

Sean Beavis came off the bench to score two of College’s seven tries as they secured their eighth win of the season. Loughborough still do have two games in hand over Bishop Burton, but the Yorkshire side are doing their upmost to keep the pressure on the league leaders.

As for St Andrews, they stay rooted to the foot of Premier B North having lost all eight games since their promotion last season, but they still do remain two points from safety.

In the final game in Premier North B, Durham 2nds dented any hopes Nottingham Trent University may have had of a promotion challenge as the north-east side claimed their fifth win of the season with a convincing 59-29 win.

Durham stay fourth after this triumph which certainly does reflect their season having won five and lost five of their 10 games played. As for Trent, they are now third in the table and a point behind Bishops Burton having played 11 of their 14 matches already.

In Northern 1A, Durham University made it a trio of wins on Wednesday as their 3rd XV beat the University of Liverpool 39-13 to remain top of the division.

Durham have won all nine of their league matches this season and do find themselves a mammoth 18 points clear at the top with two games in hand over second placed Sheffield. Durham 3rds have also gone a full year without losing a single match.

In terms of Liverpool, after finishing runners up last season, they may have thought they would be challenging for promotion this term, but that just hasn’t been the case. 10 games played and only four wins to show for it isn’t good enough for the Merseyside outfit who are now just six points ahead of the bottom two.

The University of Sheffield are up to second in the table after a comfortable 31-0 over Newcastle 2nds. This was Sheffield’s fifth win this season and they have jumped ahead of Newcastle with this victory as well as Leeds Beckett 2nds and Hull who weren’t in action this week.

Only five points separates Sheffield and Liverpool so it remains to be seen if the current champions of Northern 1A can hold on to second spot, but that is a high as they are likely to go this season.

As for Newcastle 2nds, they are now fourth in the table having played a game more than Sheffield, but look safe for another year of Northern 1A rugby.

After taking a huge stride towards safety last week, the University of York took a step back this Wednesday as they were beaten 3-10 by relegation rivals Manchester Met University.

Man Met move off the bottom and ahead of York with this win and are now six points from safety having played a game less than Liverpool who are a place above the bottom two.

York are now eight points from safety having  played a game more than Man Met, but this relegation battle is far from over just yet.

The top two sides in Midlands 1A returned to action this week and both came away from their respective fixtures with victories.

Like in Premier North A and Premier North B, Loughborough lead the way in this division and it’s their 3rd XV that are doing the job. They are three points clear at the top after a 29-13 win over Nottingham 2nds which was their seventh league victory of the season. As for Nottingham, they sit seventh in the table and three points from safety, but do have a precious game in hand to come which could move them out of the relegation zone.

Playing catch-up with Loughborough are the University of Leicester who beat Oxford Brooks University 24-19.  Leicester thrashed Brooks 46-7 earlier in the season, but this was a much tighter affair in the Midlands.

Leicester do have the same record as Loughborough this season, but the table toppers have picked up seven bonus points while Leicester have only achieved four so far. Leicester are only a point clear of third place Warwick who do have a game in hand.

And in the final game of Midlands 1A, Harpers Adams University  made it back to back wins to begin 2016 as they secured their sixth victory of the campaign after beating Nottingham 3rds 34-15.

There was just once game in Midlands 2A this week and it was more misery for the University of Derby 1st (Buxton) as they lost their fifth straight match of the season to remain bottom of the division.

Their latest defeat came at the hands of Nottingham 4ths who picked up just their second win of the campaign with this 17-5 victory and are now four points clear of the bottom two.