Hull Ionians out to bounce back, Luctonians + Blaydon battle and Taunton go to Henley 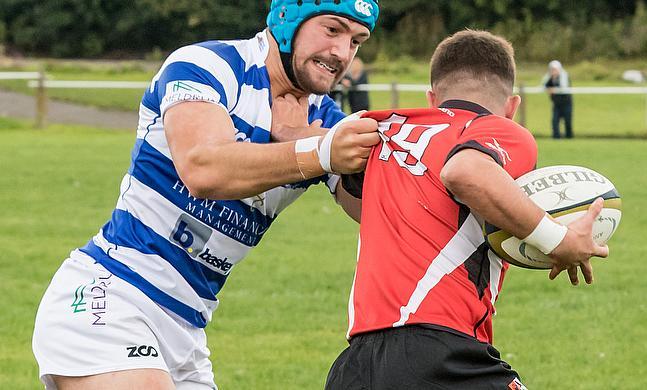 The National Leagues are set to serve up an Easter treat this weekend with 12 games in total taking place across the country.

Hull Ionians find themselves fending off relegation for the second successive season, but they can take a huge step towards safety when they travel to Cambridge on Saturday.

The I’s are just two points clear of the drop zone as they prepare to meet Ross Stewart’s side and after a heavy defeat away at Old Elthamians last weekend, Hull will be aiming for a response at Volac Park.

This weekend we have our rearranged match against @Ioniansrufc - it's what Easter weekend was made for.... pic.twitter.com/lVHSn30FPF

However, the hosts will have other ideas. An excellent win over Old Albanian was crucial for Cambridge as they created a seven point gap between themselves and the relegation places. A victory against a side embroiled in a fight for survival would edge them closer to another campaign in National One.

Elsewhere, Esher who are seven points ahead of the drop zone, take the trip to Darlington Mowden Park while Loughborough Students' trip to Plymouth Albion has been postponed.

Ampthill and District strengthened their claim to finish in the top three this season following a victory over Rosslyn Park last week, but now face a tough assignment against an impressive Old Elthamians outfit while Bishop’s Stortford, who were promoted alongside OEs last term, host an in-form Blackheath on Friday.

Luctonians will be aiming to enhance their survival bid on a busy Easter weekend in National Two North.

Ryan Watkins’ side have three games in hand and they will aim to move closer towards the safety positions when they visit fellow strugglers Blaydon on Saturday afternoon at Kingston Park.

The Lucts secured a stunning 33-32 win over Hinckley last weekend to leave them seven points off 13th place and the men from Mortimer Park will be hoping that result can spark a revival.

But, Blaydon are just as desperate for the points as their visitors. Matt Thompson’s men have had a really tough season following relegation from National One and as things stand, they are two points from safety. Without a win in three, this would be the perfect opportunity for the Crows to pick up a victory which could move them out of the relegation zone.

And Blaydon will know whether that possibility could be achievable when they take to the field on the weekend because rivals Wharfedale are in action on Thursday evening against second placed Sedgley Park.

Sedge will be aiming to continue their surge towards a top two finish while league leaders Sale FC look to secure their 18th consecutive victory by clinching an away win against Macclesfield.

Tynedale could close the gap between themselves and the top two with a victory at a struggling Sheffield side and Chester’s hopes of a top six finish could be strengthened if they can beat Leicester Lions at Hare Lane. Elsewhere, Otley travel to South Leicester.

There is just the one fixture in National Two South and it takes place on Good Friday as Taunton Titans visit Henley Hawks. After two postponements because of snow, both sides will be hoping it is third time lucky this weekend.

Unfortunately our game against @Taunton_RFC has been postponed again due to the heavy snow and ice. We will let you know the rearranged date and kick off time as soon as possible. Apologies for any inconvenience caused. Hopefully it will be third time lucky! #GTH

The Titans come into this fixture having missed out on the chance to move into the top three so they’ll be keen to bounce back from their defeat against Redingensians by gaining a positive result at Dry Leas. Tony Yapp’s side have lost just two of their last 10 matches, but both of those defeats have come on their travels.

As for Henley, they head into this weekend on the back of an entertaining 30-30 draw against Canterbury. The Hawks currently occupy seventh spot in the division and just one point from this rearranged fixture would move them back into the top six. Pete Davies’ side have not won on their own patch since the end of January so they will be eager for a home triumph.