Hartpury, Ampthill and Blackheath battle it out for second spot 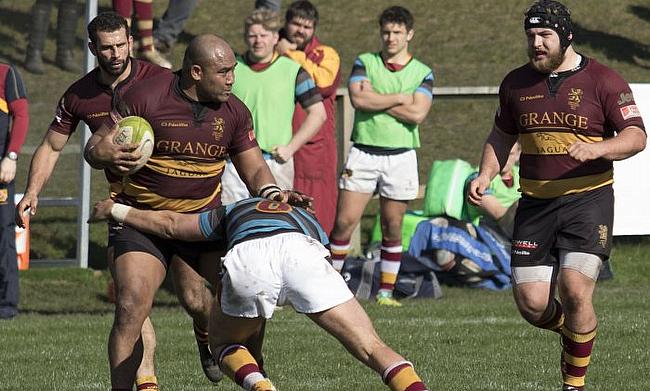 The final round of fixtures in National One is now upon and with promotion and relegation already confirmed; attention turns to the race for the runners-up place.

Of course finishing second doesn’t mean much in terms of promotion, but try telling Hartpury College, Ampthill & District and Blackheath that it doesn’t matter if they miss out on a top two finish. All three sides are keen to finish second in this division and with just a point separating the teams, expect a thrilling climax to the season on Saturday.

Champions Richmond fell to defeat at home to Rosslyn Park last Saturday and face another tricky test at the Athletic Ground when Plymouth Albion visit this weekend.

Richmond clinched the National One title 13 days ago after victory over Hartpury College, but they will be keen to end this marvellous campaign on a high as they look ahead to life in the Championship.

Albion have responded well to their off the field problems and have looked strong throughout the campaign. Their 30 point deduction for briefly going into administration means Plymouth are now ninth in the table, but they will be looking to next season to rebuild and get the club going in the right direction once again.

One issue still yet to be decided in National One is who will finish second in this division. Last week’s defeat for Hartpury College against Plymouth Albion means that three teams are now gunning for a top two finish. Currently, College occupy that second spot and know a win will see them finish as runners-up this season.

Their opponents this weekend are Hull Ionians who will be very pleased to have survived their second spell in National One. At times this term, the I’s have looked destined for the drop, but back to back wins against Wharfedale and Loughborough Students made sure of their place in English rugby’s third tier for another season.

Waiting in the wings if Hartpury slip-up are third placed Ampthill and District. Despite their loss away at Coventry last weekend, the A’s sit level on points with College and a top two finish would cap off a brilliant season for the men from Dillingham Park. Ampthill were promoted into this division 12 months ago and judging by their performances this term, they could be serious title contenders next season.

Esher travel to Milton Keynes with their sights set on a top five finish. Having been in the mix for promotion at times this season, Esher have just been too inconsistent to mount a serious challenge. A win for them here and a defeat for Rosslyn Park would see Esher end the 2015/16 campaign in fifth place.

The final team with an aim of finishing in the top two are Blackheath who have really ended this season strongly. After damaging defeats to their fellow promotion candidates, Club’s campaign looked as though it was coming to a sorry end, but just one defeat in their last five matches means they sit just a point behind Hartpury College with a game remaining. Also, this will be the last game for Blackhetah at the Rectory and the last game for club legend David Allen so the hosts will be looking to end this season with a flourish.

Their win against Esher last week was massive considering all the other teams around them dropped points, but they will have to get past a spirited Blaydon side if they are to finish runners-up to Richmond this term.

Blaydon did enough to confirm their safety in National One with victory over Cinderford three weeks ago and after a north-east derby triumph over Darlington Mowden Park six days ago, Blaydon will be no pushovers when they travel to London this weekend.

Nine wins from their last 15 games has seen Rosslyn Park surge up the table after what has been a tough campaign for the side. With high hopes of promotion back in September, an inconsistent start to the season led to the departure of head coach James Buckland in February. But since then, Park have regrouped and look like they could put up a stronger challenge next season.

They currently sit fifth in the table and they travel to Dry Leas this Saturday to take on the already relegated Henley Hawks. The Hawks have dropped back into National Two South after just a season in the third tier and they will be hoping to put on a show for their supporters this weekend.

Defeats to Blaydon and Coventry over the last few weeks has seen Darlington Mowden Park’s top three ambitions fade away. They now occupy seventh spot and they can finish as high as fifth if they pick up maximum points from this home fixture with Cinderford and the teams above drop points.

Having said all of this, it has been an excellent season for DMP who have lost just five games since the start of November and they are another side that could well be a force in this division next year.

Cinderford travel to the north-east knowing that they are already relegated to National Two South, but two wins from their last three games shows that they want to end their time in National One on a high.

Coventry head to Wharfedale this weekend in fine form. It may have come too late for the Midlands side, but they will be keen to maintain their five game unbeaten run when they travel to Yorkshire on Saturday.

It hasn’t been a happy hunting ground for Coventry in the past, but with Wharfedale having already being relegated to National Two North, the Blues may fancy their chances of extending their run this Saturday.

Loughborough Students welcome Fylde to the Midlands this weekend with both sides settling for finishes in the bottom half of National One. Students had their safety confirmed following Wharfedale and Cinderford’s relegation two weeks ago while Fylde have not been able to hit the heights of last term.

Having said that, Paul Arnold and his side will be pleased that they have solidified their position in the third tier and will certainly look to improve and challenge higher up table next season.