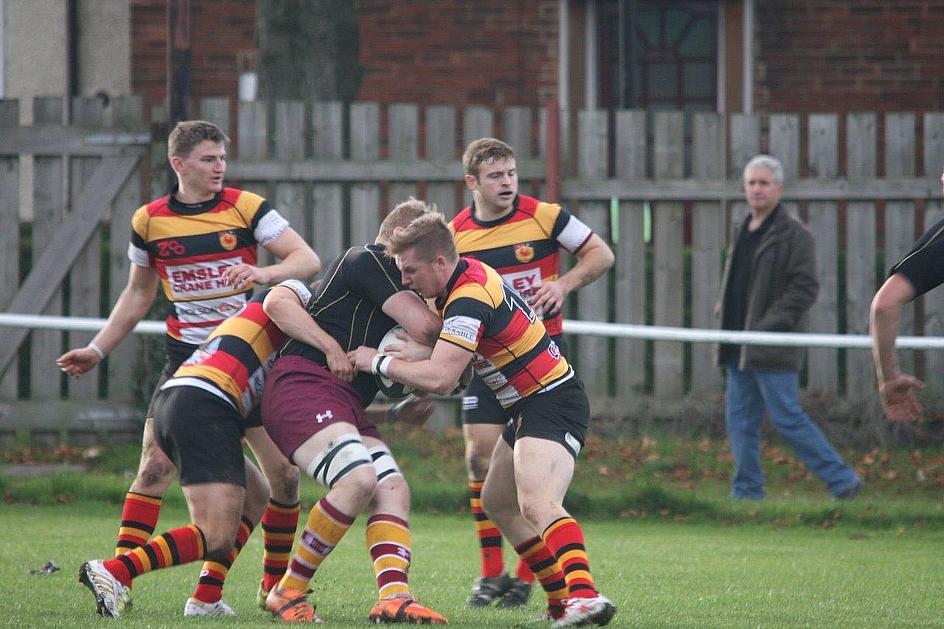 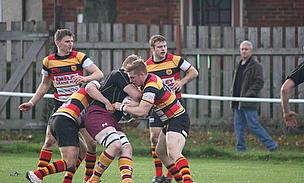 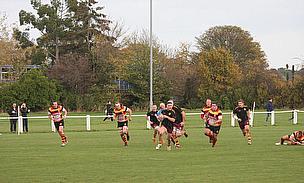 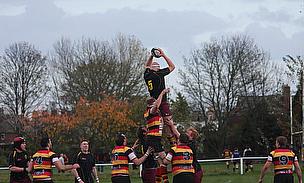 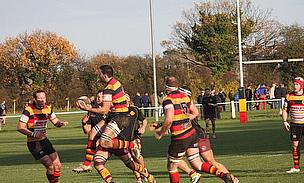 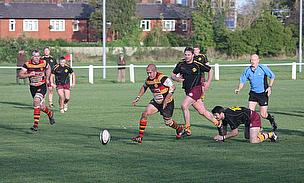 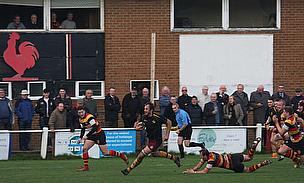 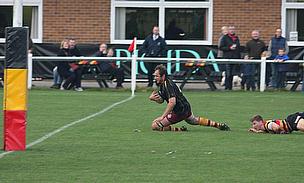 The Tigers dominated possession and territory but failed to capitalise; instead it was Harrogate who lived off scraps and when opportunity knocked they took it to win this National League 2 North clash.

A very pleasant day at Claro Road in Harrogate and a warm welcome for Sedgley Park Tigers saw the old fashioned blackboard and the informative announcer letting the crowd know that Sedgley had a number of changes to their team, most notably the absence of hooker Dave Blackwell.

The Sedgley website commented: "This talented Tigers squad once again failed and could not find the right combinations to turn the majority of possession and territory into points.

"Harrogate are a well organised outfit and due credit must be given to a resolute well organised defence, however the top praise must go to the clinical finishing that head coach Mike Aspinall has brought into the Tykes game plan."

The game started at a frenetic pace with the Tigers hammering away at the Harrogate defence. In an effort to slow play, the Harrogate team spent most of the game not rolling away much to the ire of referee Taylorson.

Such was the dominance of the Sedgley scrum they decided not to kick a penalty under the posts but the Harrogate defence stood strong. The next line out was the start of what can only be described as the Americanisation of this game.

There were blocks, there was crossing, there were 'special teams' and more rolling subs than you could count. This particular lineout saw Sedgley penalised for crossing but of more concern was the deliberate taking out of the Tigers lifter; an increasingly dangerous trend in the National League games watched this season.

The Tigers forwards dominated the scrum all day and had powerful runners, the likes of
Ryan Parkinson and Matt Lamprey having "big performances as they battered away at Harrogate's defence time and time again. Max Ashcroft once again demonstrated a constant work rate that's gets overlooked as he went on to have another top game for the Claret and Gold."

Despite scrum dominance and smashing massive holes in the Harrogate defence, the home team showed incredible resistance, even playing 20 minutes with 14 men. Their second yellow card was for a high tackle by Woods on Collins and it was Collins who slotted the resulting penalty.

The first yellow had been shown to prop Ben Reaveley for coming in from the side. On both occasions going down to 14 men galvanised Harrogate and a cunning use of rolling subs by DoR Aspinall negated any supposed advantage.

"Individual brilliance from Callum Irvine then split the visiting defence for an under the posts try. Joe Rowntree’s conversion put Harrogate 7-6 ahead."

The Irvine try was a combination of quick feet and an eye for space - worth the admission fee. Harrogate’s defence continued to throw bodies on the line to thwart the Tigers attack.

The Tigers backs have great attacking intent but on three occasions they over complicated their moves and allowed Harrogate to counter attack. This was executed with speed and precision by the home side and forced Sedgley to go offside; the very reliable kicking of Rowntree landing a penalty to extend the home lead.

With the Tigers backs seemingly getting in each other's way it was second row Juan Crous standing at fly half who powered his way through from the 22m line to score a converted try to give the visitors a 16-10 half-time lead.

Tigers' management will have been frustrated by their inability to convert compelling play into points and the Harrogate coach impressed by scoring on every visit to the red zone. The home crowd were frustrated by the referee.

It was all to play for in the second half.

At the start of the second half Harrogate were awarded a penalty in front of the posts, the lottery of scrum penalties continuing for the rest of the half.

"The game pattern continued until substitute Mike Aspinall’s break set up a well constructed attack. Luke Edwards supported strongly and gave a scoring pass to Rowntree," was the interpretation of the Harrogate website.

"The 2 point Harrogate lead was short lived as, almost immediately, a Collins kick put Park ahead after Harrogate went offside,"

The Tigers pack once again stood up and out powered the home team; gaining excellent field position. Intense pressure again in the 22m but as in the first half the Tigers failed to capitalise.

Harrogate’s use of roll on and roll off replacements continued to work well and their ability to break out following intense pressure, tested the visiting defence. The pressure forced Sedgley to go offside and Rowntree’s kick duly put Harrogate ahead again.

That should have been it but again the Sedgley pack powered forward, maintaining a great phase of possession and moving within three metres of the line. Harrogate kept their discipline and a perfect drop goal opportunity was averted for the home team to take the win.

Key talking points from this game were the use of rolling subs and particularly the role they play when a team has had a yellow card; the taking out of lifters at the lineout and the number of infringements for crossing both given and missed.