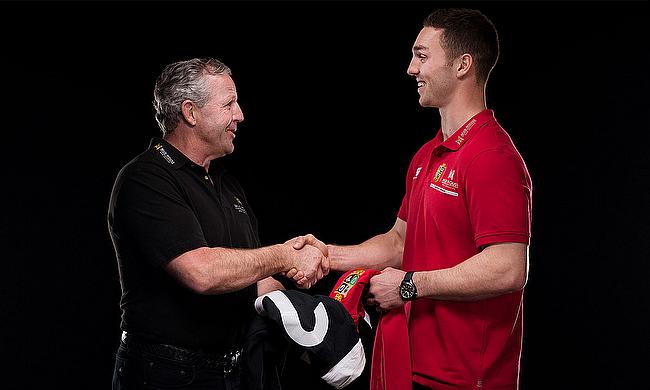 Mud House Wines, the fifth largest New Zealand wine in the UK, already have former New Zealand captain Sean Fitzpatrick as one of their ambassadors and are delighted that George has joined the team.

George North, who was one of the stars of the successful 2013 Lions Tour, will work with Mud House to amplify the brand’s sponsorship of The British & Irish Lions and will feature prominently in their customer marketing and below the line campaigns.

Mud House will also tap into George North’s large and engaged social media following to help the brand communicate its #ClearAsMud campaign through a range of content captured alongside Sean Fitzpatrick.

George North, Mud House Wines Ambassador, said: “I am delighted to partner with Mud House Wines in what is a very important year for me personally and for rugby as a whole. New Zealand looms large for every ambitious rugby player in 2017 so joining Mud House, one it’s leading wine brands, seems a natural fit.”

Lucy Ramsay, Marketing Director, Accolade Wines, said: “Since launching our partnership with The British & Irish Lions in March 2016, we have been delighted with the response to our activation in the market. A highlight has been seeing 15,542* people to date enter our neck collar promotion to win a trip to Auckland to see the Lions take on New Zealand in the 1st Test.

We are now proud to extend our presence around the Tour, by appointing George as a brand ambassador. Rugby fans across the world will remember his impact during the victorious Lions Tour of Australia four years ago. We trust those same fans will enjoy the series of content we have commissioned to run across social media in the build up to the tour this year.”