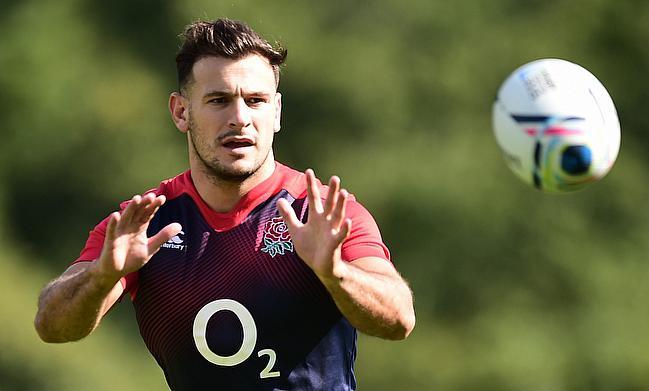 It was another highly entertaining weekend of European Challenge Cup Rugby and as we approach the final fixtures in the pool stages, Joe Harvey looks back at Round Five's action.

Bordeaux prevailed over struggling Top 14 side Perpignan. Yann Lesgourgues opened the scoring for the away side, with Perpignan’s Tom Ecochard replying soon after. Cameron Woki and George Tilsley extended the Bordeaux lead further with efforts of their own. Paddy Jackson would register a penalty before the halftime whistle, but it meant very little.

The second half followed largely the same script. Scores from Bordeaux’s Nicolas Plazy and Afa Amosa were rivaled by the converted scores of Alivereti Duguivalu and Cyril Deligny. Both sides would also register a penalty in the second period, but Bordeaux weathered a late Perpignan storm.

Well, this was a game of two halves. Zebre would have the advantage at the break after Gabriele Di Giulio and Maxim Mbanda registered tries with scrum-half Guglielmo Palazzani converting the latter score. La Rochelle weren’t shut out in this half, though, as Ihaia West kicked two penalties for the home side.

La Rochelle really turned things around after the break. Efforts from Dany Priso, Arthur Retiere, Botia Veivuke and Hikairo Forbes resulted in the French side taking the win in front of their home fans.

Timisoara opened the scoring at Rodney Parade on Friday night, however the points would prove to be the only ones they’d register in the game. Luke Samoa kicked a penalty for the Romanians in only the second minute, but any hopes of an upset were dashed fairly quickly.

Two Hallam Amos scores and a converted try from Will Talbot-Davies gave Dragons a 17-3 advantage at halftime. In the second half, Dragons kept in the ascendency. Rhodri Davies scored two tries while Will Talbot-Davies registered another effort as did Matthew Screech, Jordan Williams and backrow Benjamin Fry.

The final Friday game had a relatively low-scoring first half. Gael Fickou’s ninth minute try was converted by French international Jules Plisson. Pau would draw level soon after the 40th minute mark with a penalty try after continued pressure. In the second half, Tony Ensor and Julian Arias widened the gap between the two sides. Pau would hit back through Colin Slade, the Kiwi converting his own try. Alex Arrate and Morne Steyn added the final flourish to Stade’s very good victory.

Three first half Enisei penalties would be the only points that the hosts would register in Sochi. In contrast, Bristol would score an astonishing 11 tries throughout the game. Nick Fenton-Wells scored three tries while Piers O’Conor registered twice for Pat Lam’s side. Added to this, Joe Joyce, Nick Haining, Mat Protheroe, Sam Graham, Tom Pincus and Jake Armstrong all scored a try apiece, with Callum Sheedy converting five of the scores.

Italian side Benetton blew away their French opposition in Treviso to move to second in Pool 5. Tito Tebaldi enjoyed a particularly good game for Benetton, scoring a hat-trick along the way. Loic Hocquet, Sam Vaka and Giorgi Tetrashvili would all dot down at Agen with each of the scores being converted and Hugo Verdu also added a penalty. Monty Ioane and Ratuva Tavuyara scored three times between them, with Ian McKinley adding the extras upon request, giving Benetton a convincing win.

Harlequins stay one point ahead of Benetton in Pool 5 after this bonus point win over Grenoble at the Stoop. Antonin Berruyer opened the scoring for Grenoble just one minute in, but converted scores from Danny Care, Mike Brown and Cadan Murley gave Quins a lead that Grenoble would find difficult to break down for the rest of the game.

Two Gervais Cordin tries sandwiched a converted Max Crumpton score for the Londoners just before half time, signaling an end to a helter-skelter first period. Ben Lucas and James Lang traded penalties after the interval and Lang had the final say of the game as he converted Alex Dombrandt’s 79th minute try.

Sale couldn’t build on their win over Saracens last weekend as they narrowly lost to Connacht at the Sportsground. Jack Carty opened the scoring for the home side with a 12th minute penalty and that was followed by converted tries from Kyle Godwin and James Mitchell.

Chris Ashton would get Sale on the board in the game in the 39th minute, giving Faf De Klerk a kick at the sticks to bring around half time. De Klerk scored a try of his own in the second half and was unable to convert his score, but did add two penalties to take the lead in Galway. David Horwitz kicked the winning points for Connacht nine minutes from time, giving Connacht an impressive win.

A last-minute Ryan Mills drop goal gave Worcester a win at the Liberty Stadium. The game started well for Warriors with Jonny Arr’s early converted try, but that was soon wiped out by efforts from Keelan Giles and Olly Cracknell. Luke Price was able to convert one of the tries he also scored a penalty in this time.

Worcester took control in the second half as Ollie Lawrence and Dean Hammond scored unconverted tries for the visiting side. Ospreys looked like they could have secured the win when Sam Davies kicked a 74th minute penalty, but some great Worcester build-up play resulted in Mills slotting the winning drop kick with seconds remaining on the clock.

Well to call this a fraught affair in Clermont would be putting it lightly. Northampton lost out to their hosts despite scoring six tries on their travels. Within 10 minutes, there were four scores as Sitaleki Timani and Peceli Yato went over for Clermont while Fraser Dingwall and Alex Mitchel crossed for Northampton.

Peter Betham and Wesley Fofana also scored first half tries, but Morgan Parra was unable to convert for Clermont.

Teimana Harrison scored a second half hat-trick for Saints and the backrow has since signed a new contract with Northampton. Added to this, Cobus Reinach also crossed the whitewash with James Grayson converting all the Northampton tries in the second half.

Clermont’s second half efforts came from Betham and Fofana again, as well as a Remi Grosso try. Parra and Laidlaw converted each of the scores to keep Clermont at the head of Pool 1.