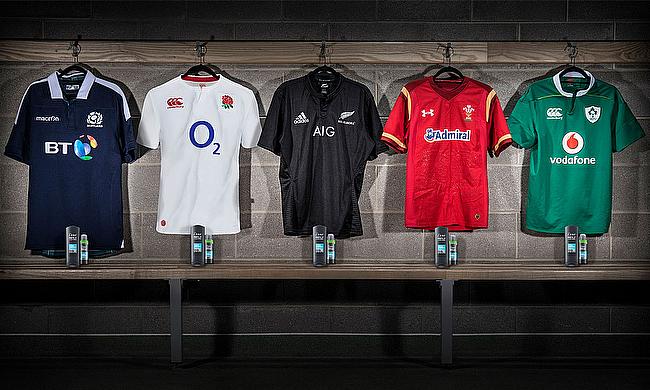 Dove Men+Care extends its rugby portfolio in partnering with the All Blacks, adding to existing relationships with England, Ireland, Scotland and Wales home unions

In early 2017, Dove Men+Care will be offering a range of money-can’t-buy promotions including offering consumers the chance to win a trip to New Zealand

To coincide with the Autumn Internationals, and in partnership with The Times, Dove Men+Care will release a film celebrating All Blacks culture, featuring, Sir Graham Henry, Sean Fitzpatrick and Conrad Smith

Dove Men+Care, one of Unilever’s leading male toiletries brands, is expanding its support of international rugby with a year-long, UK-based partnership with the New Zealand All Blacks. In order to celebrate their new relationship with the world’s number one ranked team, Dove Men+Care is soon to release a powerful, mini feature film in partnership with The Times, taking inspiration from All Blacks culture, “Better Men make Better All Blacks”. Rugby World Cup 2011-winning coach, Sir Graham Henry, former captain, Sean Fitzpatrick and 94 times capped, Conrad Smith feature in the film, telling a behind the scenes story of New Zealand’s near total dominance of the modern game.

In addition to the film, from 2017 Dove Men+Care will give be giving away a number of money-can’t-buy experiences, offering once-in-a-lifetime trips to New Zealand. The brand has recently given away a trip to see the All Blacks take on Ireland at Soldier Field in Chicago, in association with The Times.

In line with the All Blacks partnership, Dove Men+Care will support the Jonah Lomu Legacy Trust at the upcoming Jonah Lomu Memorial Dinner on 30th November. In the aftermath of Jonah Lomu’s passing last year, the New Zealand Rugby Players Association established the Trust in order to look after his children. In the spirit of Dove Men+Care’s core message “Care Makes a Man Stronger”, the brand will be releasing an emotive film in association with the Trust, remembering Jonah and driving donations on the one-year anniversary of his death on 18th November.

Libby Sheriff, Brand Manager of Dove Men+Care, said: “Dove Men+Care has demonstrated its commitment to rugby over many years and we’re really excited about launching our New Zealand Rugby partnership ahead of a huge year for rugby. Rugby values align brilliantly with the brand’s and over the coming months, Dove Men+Care will look to further enhance the fans experience by offering money can’t buy experiences and additional never seen before content”