Clash in the capital, Caldy in hot pursuit and Bristol bound for TJs & Taunton 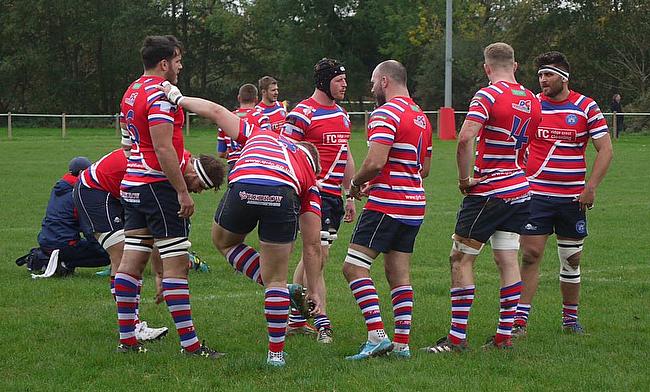 Taunton back to second as Clifton stun Henley
Fylde win in style against the Students
Richmond romp to win to extend gap at the top
Rosslyn Park tracking Richmond, Students to test Fylde and Hawks aim to maintain momentum

For the first time this season, European rugby hits our calendars this weekend, but two regions in England will also be hosting some heavyweight battles in the National Leagues.

In National One, London is the setting for arguably the biggest game of the campaign to date when league leaders Richmond host local rivals and second-placed Rosslyn Park at the Athletic Ground.

The clubs are separated by 2.5 miles and seven points in the league standings so if Richmond were to beat their near neighbours, it could represent a significant step towards an immediate return to the Championship.

From the capital to the West Country we go and two fixtures taking place in Bristol have grabbed the attention in National Two South.

Table toppers Tonbridge Juddians take a tricky trip to Clifton whilst Taunton Titans (2nd) go to a Dings Crusaders outfit who are starting to hit form.

Up north, the leading pair of Fylde and Caldy take on Luctonians and Preston Grasshoppers, respectively, this weekend with both clubs continuing to jostle for pole position.

Below is a full preview of the action in Round 11:

Richmond welcome Rosslyn Park to the Athletic Ground in Round 11 aiming to increase their cushion at the top of National One. As things stand, the hosts on Saturday are seven points clear at the summit after securing their ninth victory of the campaign last weekend as they hammered bottom of the table Canterbury.

Combined with Park having to settle for a draw against Chinnor, it means Richmond have some clear daylight at the top as the sides from the capital prepare to meet for the first time since April 2016. On that occasion, Rosslyn Park clinched a 25-22 victory and a similar outcome on Saturday could blow the title race wide open but if Richmond were to defeat their local rivals, their grip on pole position would be significantly tighter.

All eyes will be on the capital this weekend when the top two do battle in #Nat1.

Whilst the spotlight will quite rightly be shining on the top two this weekend, it is also a crucial Saturday for the division’s bottom duo as Hull Ionians host Canterbury. Both clubs currently have four points to their name and both are still searching for their first victories since promotion.

In terms of the I’s, a positive display at the start of November against Rotherham Titans would have boosted the morale around Brantingham Park, but a 31-0 defeat to Old Elthamians last time out may have dampened spirits amongst Mike Umaga’s side. Canterbury were also ‘nilled’ against league leaders Richmond and it is now 10 straight losses since their play-off win for Andy Pratt’s side. The clubs are 18 points from safety as things stand so both will be desperate to end their drought this weekend if they are to dig themselves out of this deepening hole.

The other team occupying a spot in the bottom three alongside Hull Ionians and Canterbury are Rotherham Titans. Last season, the Yorkshire club finished in sixth place after relegation from the Championship but Martin Jenkinson’s side have really struggled to find any sort of form this term.

Just one win from their last six games means Rotherham are currently four points adrift, but unlike Hull Ionians and Canterbury, the light at the end of the tunnel for the Titans is a lot brighter. This weekend, they could move out of the bottom three if they can defeat Bishop’s Stortford and other results go their way in Round 11. Andy Long’s side, who sit six points above the drop, were narrowly beaten last Saturday by Cinderford but back at Silver Leys, they will be keen to secure successive home wins to move away from danger.

Elsewhere in National One, third-placed Blackheath will be very interested in the outcome at the Athletic Ground when they entertain Cinderford, as will Rams RFC (4th) who host Old Elthamians this weekend.

Luctonians may not relish welcoming league leaders Fylde to Mortimer Park this weekend, but if Ryan Watkins’ side play anything like they did against Sedgley Park, they could cause the table toppers some problems. The Lucts were able to secure a well-deserved two points from their trip to Manchester in Round 10 and they are now only four points adrift of safety ahead of this weekend.

As for Fylde, they travel to Herefordshire in fine fettle. Despite losing to rivals Caldy at the start of the month, Warren Spragg’s side were mightily impressive against Loughborough Students last time out as the Lancashire club retained their position at the summit of National Two North. Fylde remain just one point clear of Caldy so they will be concentrating on avoiding complacency as they look to keep the second-placed side at bay.

Sticking with Caldy, next on their agenda is Preston Grasshoppers at home after they secured their ninth successive win against Scunthorpe last time out. Gareth Davies’ men are the only side to have won all of their fixtures across the National Leagues and in recent weeks, they haven’t looked like putting a foot wrong.

With a full-on schedule between now and the end of February, their game in hand against Sedgley Park is still a long way off so the Wirral outfit just need to continue putting pressure on Fylde. They come into this weekend as heavy favourites against a Preston side who sit just two points above the drop. Paul Arnold’s men have won just one of their last six games and they are yet to win on the road all season. They face a tall order at Paton Field this weekend, but can Hoppers cause an almighty shock in Round 11?

Third-placed Sedgley Park will be hoping Preston can upset the odds. Scott Barrow’s side got their top two hopes back on track last Saturday, but they had to fight hard to get past Luctonians. Sedge are eight points behind Caldy with that aforementioned game in had to come, but if they are harbouring another shot at promotion, this young side know they cannot really afford to suffer another bump in the road.

Time will tell if Sedge are serious top two contenders and whilst they are battling towards the right end of the division, their opponents this weekend, Hull, are still scrapping to get out of the bottom three. Gary Pearce’s side begun the season superbly following promotion from North Premier, but since beating Stourbridge in September, the Yorkshire club have not won any of their last seven matches. However, five points from their last four games has give Hull something to work with and they will be hoping they can turn those positives into a home victory.

Unlike in previous campaigns, this National Two South season seems to have already had numerous twists and turns which indicates how competitive the league is this term. As things stand, Tonbridge Juddians are sitting in top spot as we enter Round 11 and they continue to look like a team who is determined to take the next step this year.

Peter Dankert’s side have built superbly since promotion in 2017 and now they are showing all the hallmarks of potential promotion challengers. They currently hold a two-point advantage over second-placed Taunton Titans, but they will be very wary of the threat posed by this weekend’s opposition; Clifton. Matt Salter’s side produced a stunning comeback to dent Henley Hawks’ top two hopes and back at Station Road, they have all the capabilities to topple the league leaders. Clifton, themselves, are eight points off the promotion spots so another victory against a team above them could ignite their own ambitions that little bit more.

Taunton Titans’ disappointment of slipping out of the top two was short lived as Tony Yapp’s side moved back into second place last weekend. An excellent win over Barnes, coupled together with Henley’s defeat against Clifton, means the Somerset club now have a four-point cushion separating themselves and the chasing pack.

.@tauntonrfc ran in eight tries to defeat Barnes this afternoon - here's how they did it...https://t.co/KX9Mt3zByl

But like table toppers Tonbridge Juddains, Taunton face a difficult trip to Bristol this weekend when they face Dings Crusaders. The hosts may well occupy a position in mid-table as things stand, but Dings come into this weekend having won three games on the bounce for the first time in 21 months so confidence will be high at Shaftesbury Park.

Henley Hawks will be targeting an immediate return to winning ways in Round 11 as they look to put last week’s defeat to Clifton behind them. Nigel Dudding’s man had led 17-3 early in the second half, but they saw their advantage evaporate as they dropped out of the top two and now, they are four points behind Taunton Titans.

Henley have already shown this season they can respond from a setback, but it won’t be straightforward for them on Saturday against another side chasing top two dreams. Esher (4th) would have been tipped by many for a promotion challenge this term after relegation from National One in 2018/19 and Peter Winterbottom’s side are still in the hunt. Last week’s loss to Worthing Raiders would have been doubly frustrating after Henley’s loss but a win for Esher could see them leapfrog the Hawks on the weekend. With top two aspirations on the mind, this could be a cracker at Molesey Road.