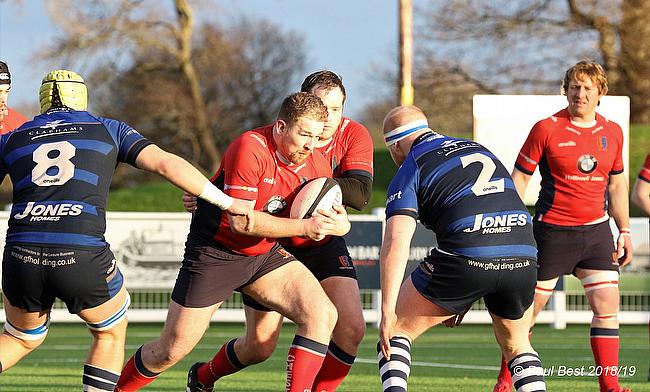 Chester will look to strengthen their promotion bid when they travel to Leicester Lions on Saturday afternoon.

The Cheshire club are currently second in National Two North and seven points clear of the chasing pack while Jan van Deventer’s side are also just three points off league leaders Hull Ionians.

After a blip in form in December, the aforementioned Hull will be keen to build up their momentum once again and they begin 2019 with a trip to bottom of the table Peterborough Lions.

The Lions are 18 points from safety while rivals Macclesfield and South Leicester also have work to do if they are to escape the drop zone. Macc are in 15th place and host an in-form Fylde side in Round 17 while South, who are without a win in 10 matches, travel to Sheffield Tigers.

It is bottom against top to begin proceedings in 2019 as Peterborough Lions host league leaders Hull Ionians. The visitors to Bretton Woods would have been very pleased to end a rocky December with a victory over Tynedale as they remain in control of the title race at the start of the New Year.

The I’s had been in a very comfortable position as 2018 drew to a conclusion, but two defeats from their last four matches means they are now only three points clear at the summit. With their recent form in mind, Peterborough Lions will be hoping to take advantage of Hull’s small fragilities, but it will be tough for the hosts on Saturday. As things stand, they sit 18 points from safety so there is still a lot of work to do if they are to avoid an immediate relegation back down to Midlands Premier. However, the Lions have lost just one of their last four games so there could be a small hint of optimism amongst the home support heading into Round 17.

After a narrow and frustrating defeat against Otley in testing weather conditions, Chester ended 2018 with a fine victory over Macclesfield to keep them firmly in the hunt for promotion from National Two North. Jan van Deventer’s side had a very successful first half of the season and seven wins from their last nine games means they are only three points behind league leaders Hull Ionians.

After a solid first half to the National League Two campaign, @RUFCChester are looking to pick up where they left off. https://t.co/QCiRGu0ThE

They also seven points clear of third-placed Fylde so Chester will know the importance of maintaining their good form when they take the trip to Leicester Lions this weekend. Like their visitors, the Lions are also going through a purple patch as three victories from their last four matches has steered them away from the relegation places. After beating local rivals South Leicester just before Christmas, Andy Key’s side are now 10 points clear of danger and with confidence behind them, they will be keen to continue building in the right direction.

Fylde will be the first to tell you that claiming the bragging rights against Preston Grasshoppers is always a sweet feeling, but it would have been made even sweeter after their latest battle. Warren Spragg’s defeated their local rivals just before Christmas and the victory enabled the men from Woodlands to move up to third place in the table with the promotion battle now very much in their vision.

After relegation from National One last season, Fylde are now beginning to truly show what they are capable of and they head to Macclesfield this weekend currently on a seven-match unbeaten run. As for the hosts, Macc find themselves in the bottom three as things stand, but back to back home wins has given the Blues a platform to work from as we begin 2019. Marshall Gadd’s side are 14 points from safety, but if they were to make it a hat-trick of victories at Priory Park this weekend, then that would not only strengthen their survival bid, but also give Macclesfield the belief that they can dig themselves out of trouble for the second season in a row.

Hinckley’s run of results in the lead up to Christmas was far from ideal. George Chuter’s side are having a strong campaign as they find themselves in the promotion mix once again, but just one win in December hampered their progression towards the top two places. The Hornets sit in fourth spot as things stand and they are 10 points off Chester heading into their fixture with Wharfedale in Round 17.

Hinckley’s New Year’s resolution might be to improve their away form. They have hardly put a foot wrong at home this year, but on the road, they have lost their last five matches. A trip to Wharfedale is never easy and the hosts will be hoping to make it another tough trip for their visitors. Dale ended 2018 with a very narrow loss to Sedgley Park and the Greens currently sit in 11th place after seven wins in the first half of the season. Wharfedale also have a game in hand over the teams around them, but their first port of call for 2019 comes at the Avenue as they aim to begin the New Year in a positive manner.

Following a run of three games without a win, Huddersfield picked up the perfect early Christmas present as they defeated Otley in their final game of 2018. Gareth Lewis’ side had been going through a very tough run of form, but their Yorkshire derby win leaves Field 10 points off the top two, but crucially, they have a game in hand after their postponement with Wharfedale last month.

The men from Lockwood Park are still in the promotion picture, but they face a tricky test to begin 2019 when they visit Preston Grasshoppers at Lightfoot Green. Hoppers did lose out to near neighbours Fylde just before the Christmas break, but the bigger picture is a very positive one for Paul Arnold and his side. The Lancashire club, who secured promotion back into National Two North last April, are currently in eighth place after four wins from their last six games. Added to this, Preston have not lost at home since September so can the Hoppers maintain their bounce at the start of the New Year?

Otley would have been disappointed to conclude 2018 with a defeat to Huddersfield, but overall, the men from Cross Green will be pleased with their efforts during the first half of the campaign. The Yorkshire club have certainly improved this term and seven wins from their last nine games reflects the great work Charlie Maunder and Tom Casson are doing at Otley.

They currently sit in the top six, but just one place and two points behind them are their Round 17 opponents; Sedgley Park. Matt Bebbington’s side will take the trip across the Pennines hoping to begin the New Year on the front foot. Last season’s play-off runners-up have really struggled with injuries and consistency thus far, but an excellent win over Wharfedale just before Christmas might be the springboard Sedge need. Twelve months ago, the Tigers had a perfect January as they won all four of their fixtures and if history were to repeat itself, it could spark Sedgley Park’s season into life.

If anyone attended Stourbridge’s final game before the festive break, you would have been treated to an absolute Christmas cracker. Neil Mitchell’s side found themselves 31-7 behind after a quarter of the game, but completed a remarkable turnaround to win 51-39 against Sheffield Tigers. Stour’s victory was a welcome one as it halted a three-match losing streak and after a disjointed first half of the campaign, they will be eager for some consistency in 2019.

The ninth-placed side begin the New Year with a visit to Tynedale, who currently occupy 13th spot in the division. After three wins from four games, Ben Woods’ side would have been frustrated to end 2018 with back to back defeats against Wharfedale and Hull Ionians, respectively. Tyne are now 10 points clear of the danger zone, but they do have a game in hand which could prove to be vital further down the line. However, their immediate focus is on Stourbridge as the North-East club aim for their fifth home win of the term.

Sheffield Tigers certainly had an eventual end to 2018. The Yorkshire club threw away a lead against bottom of the table Peterborough Lions in Round 14 before defeating promotion candidates Hinckley a week later. However, they then saw a 24-point advantage disappear against Stourbridge as Jamie Broadley’s side were on the wrong end of a remarkable comeback in their final game before the Christmas break.

To sum things up, the Tigers now sit 10th in the table and they come into this clash with South Leicester having won just one of their last four games. While the hosts will be keen to begin converting performances into positive results, the visitors to Dore Moor will just be desperate for a win. As things stand, South are 10 points from safety and their latest loss against local rivals Leicester Lions means it is 10 defeats from their last 11 games for the Midlands club. Their slide needs to stop sooner rather than later and they will be hoping it occurs in Yorkshire this weekend.