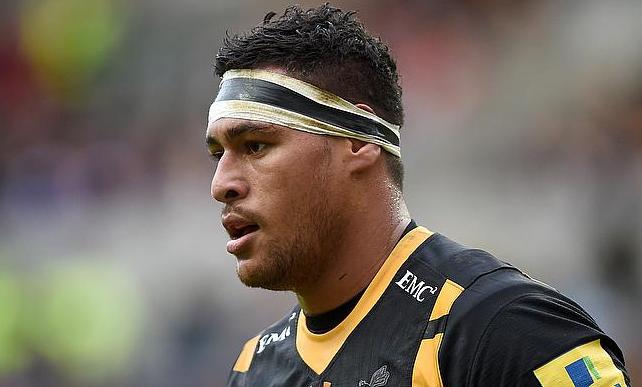 European rugby returns as the third round of the Heineken Champions Cup takes centre stage and Joe Harvey has selected three 'must-watch' fixtures from this weekend's action.

Two months ago, no one would have seen this fixture as a top of the pool clash. Newcastle come into this game having won two on the trot in the Premiership, whilst Edinburgh come into this contest off the back of a heavy loss to Munster in Ireland. In fact, Edinburgh’s last win came at the start of November with their victory before that coming in the Champions Cup against Toulon.

Richard Cockerill has made a host of changes for this game at Murrayfield. Stuart McInally, Hamish Watson, Blair Kinghorn, Bill Mata and WP Nel all return after their international exploits, strengthening the side immeasurably. Similarly, Dean Richards has also made a series of changes to his line-up.

Tom Arscott, Pedro Bettencourt, Sonatane Takulua, Brett Connon, Ryan Burrows and Gary Graham are amongst the raft of changes that Richards has made. In all honesty, it is not too dissimilar to the sides who beat both Toulon and Montpellier in the first two rounds of this competition.

And here's a reminder of how @FalconsRugby signed off Round 2... ??

This game has the prospect of a top-class competition with two students of the Leicester Tigers school of rugby, Richards and Cockerill, pitting themselves against one another. Edinburgh seem to have all of the firepower, especially with Mata and Kinghorn making starts, but Falcons have consistently found ways to pick up the points so far this season.

Toulouse are the only unbeaten side in Pool 1 heading into the third round of games. They surprisingly overcame the challenge of Leinster in France, whereas Wasps’ only points have come from a draw with Bath. Added to this, Toulouse are on an unbeaten run in the Top 14, leaving them in second place in the league table.

A lot of the talk about Wasps this week is whether or not their stars will still be at the club next season. Rumours of Elliot Daly, Nathan Hughes and Willie Le Roux leaving the club have certainly cast a shadow over Dai Young’s preparations.

In terms of the match, this is a really important game for Wasps. After their very poor showing against Saracens last weekend, a win over a Toulouse side having somewhat of a renaissance this season would be a big step in the right direction.

Like in Pool 5, this is also a top of the clash on Sunday. Leicester Tigers had a very comprehensive victory over the Scarlets in the last round, as did Racing 92 over Ulster. If Leicester were to win this game, it will open up the next two rounds of competition.

?? European Cup winner and former Tigers back @IamAustinHealey shares his thoughts on our Heineken #ChampionsCup pool and this weekend’s French opponents. pic.twitter.com/m3EwpCLQpA

As was well documented, Leicester had a pretty humbling defeat to Bristol last time out. As a result, fans of the English club will be hoping for a reactionary result from Geordan Murphy’s side. Added to this, it probably won’t be a too dissimilar side that Leicester go with in comparison to the one that lost at Ashton Gate.

Racing lost out to La Rochelle last weekend in what was a tight affair on the French coast. British fans will be excited to see the likes of Leone Nakarawa, Donnacha Ryan, Finn Russell and Simon Zebo lining up against Tigers, with those players alone capable of selling tickets. With both sides recently losing, both will be craving a win. However, on quality alone, Racing should take the victory.