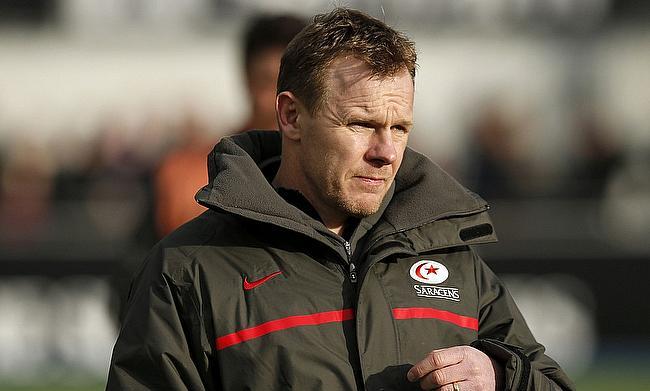 The dust has now settled on the first weekend of the latest European double-header and Joe Harvey takes a look back at the action for TRU.

This Friday night game went right to the wire as Ulster beat Wayne Pivac’s Scarlets in Wales. Rhys Patchell and John Cooney traded penalties early on, but it was Ulster who crossed the try line first. Irish star, Jacob Stockdale went over, but his effort wouldn’t be converted by Cooney. Scarlets would take the lead following a converted Steff Evans score, but was soon followed by another Ulster try, this time it was Wallabies wing Henry Speight with the score.

Former Sale Sharks utility back Will Addison continued his form with yet another try. This effort would be converted by Cooney, extending Ulster’s lead. Scarlets hit back as Steff Evans crossed the whitewash for a second time on the hour mark, again Patchell would keep Ulster under pressure by converting Evans’ score.

The final 15 minutes definitely kept fans on the edge of their seats. Rampaging backrow Marcell Coetzee concluded Ulster’s scoring for the evening with another unconverted effort, but cue a lot of defending for the Northern Irish side.

Scarlets would push things extremely close with just a minute left to play. Promising backrow Dan Davis crashed over the try line, with Dan Jones kicking the extra two. However, the late Scarlets push was in vain with Ulster picking up the majority of the points.

Newcastle’s winning run in the Champions Cup was brought to an abrupt end on Friday, as Dean Richards’ side were dominated by a superior Edinburgh. Young Falcons halfback Brett Connon split the posts early on to open the scoring, however Hamish Watson would wipe out the Englishman’s penalty with a try that Jaco van Der Walt would convert.

It would be the Falcons who would strike next. Adam Radwan strolled over the line after Falcons drew in the Edinburgh defence, allowing Cannon to add an extra two points to his tally. The flyhalf scored a penalty just 10 minutes later, cancelling out van der Walt earlier effort.

The second half would be all Edinburgh. Former Scotland’s 7s player, Chris Dean, raced over the whitewash to keep Edinburgh ahead. Van der Walt would convert Deans’ try, however, wouldn’t be needed when referee Marius Mitrea awarded the Scots a penalty try. Blair Kinghorn’s 71st minute score would seal the win for Richard Cockerill’s side with van der Walt putting the icing on the cake with another conversion.

Glasgow put Lyon to the sword on Saturday, with Adam Hastings running the show for Dave Rennie’s side. Hastings scored two early penalties, either side of one from Lyon’s Jonathan Pelissie. Number Eight Adam Ashe was the first try scorer of the afternoon, the loose forward allowing Hastings to gather another two points from the tee.

New Zealander Toby Arnold scored the first Lyon try of the game four minutes later, Pelissie added the extras too, but it would be in vain. George Horne’s opportunistic effort at the end of the first half kept Warriors firmly in front, especially after Hastings added the extras. The second half started with another Hasting penalty, nine minutes prior to Stuart Hogg’s spectacular score just shy of the hour mark, wiping out the earlier try of Noa Nakaitaci.

Huw Jones kept the Glasgow train rolling, breaking through the Lyon line of defence and giving Hastings another two points. Tim Swinson would be sin-binned for an infringement, with Lyon instantly benefitting with a Charl McLeod try. Jean-Marc Doussain converted his teammates score, concluding the Lyon scoring for the day.

Glasgow completing their scoring just minutes after Swinson re-entered the fray. Ashe’s second try of the afternoon completed Warriors’ rout in the France with Hastings converting the try, to bring his personal haul to 17 points for the afternoon.

Exeter’s poor form in Europe continued, this loss to Gloucester meaning that it will take a miracle for Rob Baxter’s team to exit the group stage. Things started so well for the Chiefs, Don Armand stumbled over the whitewash, with Steenson unable to convert. Danny Cipriani would be able to convert Willi Heinz’s try, taking the Cherry and Whites in front.

Cipriani would end the half with a penalty, giving Gloucester a slight advantage at the break. Nic White sniped for a score less than a minute into the second half, this time Steenson would convert, bringing Chiefs in front, but Cipriani would reduce the deficit with a three point effort. South African hooker, Jaco Visagie, continued to play well after his arrival in the UK with another try in the 61st minute and Cipriaini added the extras.

Ben Morgan and Tom Lawday would trade tries at the end of the game, both were converted by Steenson and Billy Twelvetree’s respectively, but it was a win for Gloucester while Exeter's European dreams are all but over.

Despite being a low-scoring affair, there was plenty of hard work on display as Leinster got back to winning ways in the Champions Cup. Bath took the game by the scruff of the neck initially, Henry Thomas scoring a try after the 20-minute mark with recently re-signed James Wilson adding the extra two points.

Leinster’s comeback would start minutes later. Sean Cronin bundled over the whitewash, letting World Player of the Year Jonny Sexton commence his scoring for the day. Sexton would be converting a second try less than 10 minutes into the second half. This time it would be Jordan Larmour’s five-point score after incepting a Wilson pass.

The scoring concluded with Ross Byrne and Wilson trading penalties as the European Champions claimed the win at the Rec.

This all-French affair saw Toulon overcome some of their demons that they have faced so far this season. Anthony Belleau scored two penalties early on and Toulon’s lead would be extended further after they were awarded a penalty try, which saw Montpellier’s Timoci Nagusa sin-binned as a result. However, being down to 14 men didn’t hinder Montpellier at all as Henry Immelman put five points on the board and Ruan Pienaar added the extras.

The second half followed largely the same script. Belleau slotted a penalty three minutes before Toulon scored their first try of the game. Raphael Lakafia’s converted try preceded a Montpellier score. Frans Steyn’s effort would be converted by Pienaar and was swiftly followed by a Belleau penalty. Toulon’s final points came from a converted Filipo Nakosi try.

Montpellier ended the overall scoring for the day as Timoci Nagusa scored two quickfire tries, with Ruan Pienaar adding the extra points upon request. This result doesn’t really blow the pool wide open as Newcastle and Edinburgh are still ahead and look primed to get to the knock-out stages.

Toulouse continued their strong season with another European win. Lima Sopoaga opened the scoring with a fifth minute penalty for Wasps, but the quick feet of Cheslin Kolbe would edge the French team in front, but their lead would be reduced with a long-range Elliot Daly penalty.

Run hard, run straight, it can be as easy as that sometimes ??@WaspsRugby centre Michel Le Bourgeois with the initial burst and yards after contact then a rocket of a line from @wrowlands45 to crash over ??

However, Toulouse went on back on the foot foot with two Thomas Ramos penalties, just prior to a Will Rowlands converted score.

Ramos started the scoring in the second half with a penalty and would be converting a Sofiane Guitoune try 50 minutes in. Elliot Daly would kick another long-range penalty, but it would all be in vain as Ramos put the game out of reach with a 63rd minute three-pointer from the tee.

This was, perhaps, the definition of a one-sided affair. Munster scored all their points prior to Castres scoring their one penalty through winger Martin Laveau in the 80th minute of play. The first half solely consisted of two JJ Hanrahan penalties, but Munster really pushed on in the second half.

Rory Scannell, CJ Stander and Hanrahan would all go on to score tries after the break. Hanrahan would convert each of these scores, as well as adding another penalty to his game. Andrew Conway was sin-binned late on, allowing Castres to score their solitary points.

Well, this was an exciting game. Scoring started early on as Richard Wigglesworth, fresh from signing a contract extension went under the sticks and Owen Farrell duly converted the try. USA winger Blaine Scully cut the deficit soon after for Blues. Gareth Anscombe was unable to add the extra points, but would after Matthew Morgan’s score. The first half would end with Anscombe and Farrell trading two penalties each, meaning Cardiff went into the break in front.

What goes through the mind of a prop when he's got loads of space in front of him and the line in sight? ??

?? @JudgemanChris: “I got the ball, saw a bit of space, didn’t really know what to do but just put my foot down and managed to score so lucky day for me I guess!”

It was the second half when Sarries really pushed on. Ben Earl scored two tries within six minutes of the restart, the second of which was converted. The 56th minute sin-binning of Olly Robinson opened up enough space for Sean Maitland to score two tries of his own, again only the second was converted.

Scores from Ben Spencer and on loan Christian Judge would complete Saracens’ rout at the Allianz, Owen Farrell splitting the posts for the extra points. Robinson would redeem himself for his yellow card with a late try for the Welsh team, Anscombe adding the conversion as well. A good day for the English champions.

The final game of this weekend’s Champions Cup games did not disappoint. Racing scored two tries early on, through fliers Virimi Vakatawa and Juan Imhoff, following Manu Tuilagi’s yellow card. Vakatawa’s try was converted by Finn Russell, but the second was too wide for Russell to swerve through the sticks. Welsh international Jonah Holmes cut into the Parisians lead, George Ford added the extra two points.

Simon Zebo would then score the try of the game. Latching onto Russell’s offload, Zebo dotted the ball down underneath the sticks, giving Russell an easy conversion. Flanker Baptiste Chouzenoux crossed the try line next, his score also being converted by his Scottish teammate. Leicester would hit back with a converted Sione Kalafamoni five-pointer.

Tuilagi scored a try early in the second half that would be unconverted, however Ellis Genge would be shown a yellow soon after the Tuilagi try, allowing Finn Russell to kick a penalty. Centre Olivier Klemenczak extended the Racing lead further, with Russell on target from the tee once again. The final try of the game was scored by Adam Thompstone and converted by Matt Toomua.