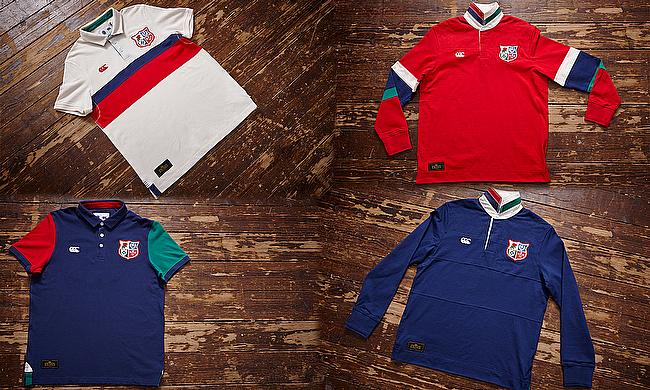 Canterbury, has unveiled its new ‘Since 1888’ lifestyle and fashion collection for Autumn/Winter, following on from the inaugural Spring/Summer range released earlier in the year.

The latest collection takes inspiration from the jerseys worn during a momentous period in Lions history, which saw Scotland and Ireland decline to be involved in the tour of 1908 before returning to the fold and marking the historic moment in 1924 that the cumbersome title of the British Isles Rugby Union Team changed to the British & Irish Lions.

The collection, which consists of four pieces, includes two long-sleeve rugby jerseys inspired by the test shirts of the time, staying true to the original colour palettes of red in 1908 and navy in 1924. Both jerseys adorn the original British and Irish Lions crest and are complemented by design features and detailing synonymous with Canterbury.

Whilst staying true to the original kits of 1908 and 1924, Canterbury have also designed two short sleeve polo’s to complete the range that share the inspiration of the period. The blocked polo is largely navy but has the addition of green within the palette, which represents Ireland, who were not originally present at the time.

All four items in the collection feature the added detail of a lion embroidery on the underside of the collar to represent the historic moment the team were named as ‘Lions’.

The full ‘Since 1888’ range celebrates the history of the ‘Lions’ and is part of Canterbury’s partnership with the British and Irish Lions as Principal Partner for the 2017 New Zealand Tour.