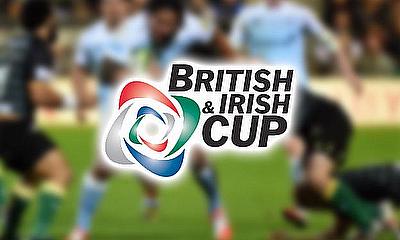 I’m always so excited for the start of the new rugby season, but as well as the league competition, clubs in England’s Level 2 compete in the much debated British & Irish Cup.

The competition involves all 12 Championship sides as well as the four Irish Pro 14 outfits and the Welsh Regional Premiership select teams.

The cup has been ridiculed for poor crowds & lack of quality, but also it has been praised for allowing sides to play rugby outside of their nation and provide fans with different grounds and rugby cultures to experience.

Whether you are in favour or against it, the B&I cup is in play for this season, and in this article we’ll look at what’s instore.

Current champions Munster A would probably be favourites to qualify from their group. However with the nature of this tournament, the key players from this side have been promoted to the first team and so quality from that squad may not be the same. So with the recruitment and overall squad quality,  I would back Bedford to take the top spot in Group A.

I predict a Bristol walkover here. However,  should a strong fight come from Doncaster and Leinster coupled with Bristol’s focus predominately on the league and less on the cup, it could leave  Pat Lam’s men vulnerable in the British & Irish Cup.

This will be a close one. In my view, a straight shoot-out between last year’s finalists Jersey Reds & the re-designed London Scottish is on the cards.  I think Yorkshire’s off the field problems will hamper them from making any real on-field achievements and in terms of the Dragons, they will need to have their best players focused on the first team, leaving a lack of quality and experience in the select squad.

Although not the most resourced side in the division, last year’s Championship bottom club Rotherham Titans, seem in my opinion the side to top the group with Ealing & Connacht fighting it out for 2nd.

Hartpury, Ulster and Pirates all look like candidates to take top spot in this group. I think former champions Pirates are likely to edge the pool, due to both experience and the structure in their professional squad. Teams such as Ulster and Scarlets are usually predominately semi-pros in the early stages of this tournament leaving the  at a disadvantage both physically and experientially when coming up against a full-time outfit such as the Pirates.

To close, it wouldn’t be a preview without a favourites claim. Looking at squads, pools and experience, I truly believe that the pool of death that is Pool 3. It contains two potential champions in Jersey Reds and London Scottish. Equally because of their style, squad size and experience and also the direction both sides seem to be heading with new structures in place, I believe they are in a good positon for success.