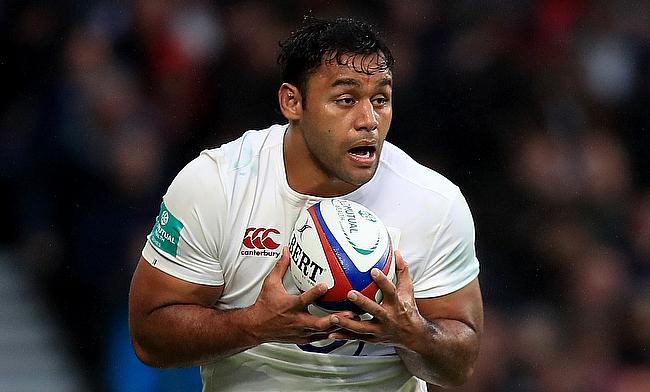 England's Billy Vunipola is set to return against Scotland
©PA

England scrum coach Neal Hatley has confirmed that number eight Billy Vunipola has joined the squad for the upcoming Six Nations clash against Scotland at Twickenham on Saturday.

The 24-year-old sustained a knee injury during England's autumn international game against Argentina and was carried off the field. After being on the sidelines for three months, Vunipola returned for his club Saracens in last weekend's Aviva Premiership game against Newcastle Falcons where he was replaced in the 72nd minute.

Having regained full fitness, Vunipola's inclusion will be a big boost to Eddie Jones' side as they bid to defend their Grand Slam in the remaining two rounds of the tournament against Scotland and Ireland.

"Billy has done enough to prove he should be involved in the squad. It's fantastic to have him back," said Hatley.

"He carried well against Newcastle and it was a good performance for a bloke who has been out for as long as he has.

"He brings really good control at the base and is one of the top carriers around. He has real power. Defensively he hits hard because of his size and he's good over the ball."

With Nathan Hughes failing to create an impression in the Six Nations tournament, Vunipola has a bright chance to dislodge the Wasps star from the starting XV.

"Nathan has gone really well. He's grown into the role. He's hit hard and carried hard. What he's done at the base has got better and better. He's played a big role for us," Hatley said.