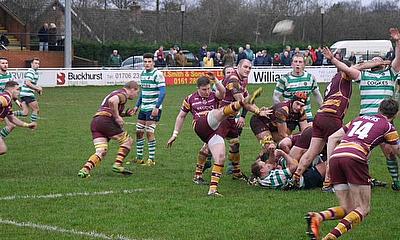 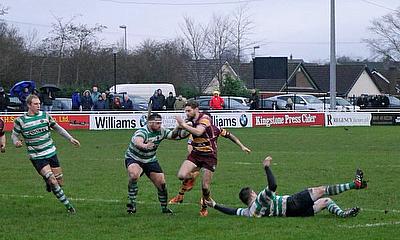 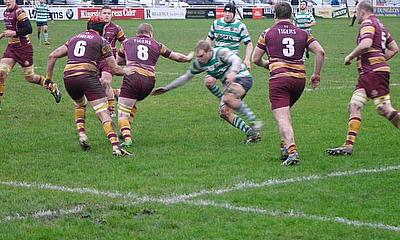 Not surprisingly the New Year fixture played at Sedgley Park was under rain and lights. As the two teams ran out the immediate impression was the home team looked bigger and heavier than the away team.

From the kick-off, Sedge looked like a set of iron men on Formby Sands and Souths' Callum Gunn exploited this to score an unconverted try. Souths' wanted this and through Sutton and Kerr the scoreboard rattled to 19-0.

The home team looked shocked and their huge front five sapped of energy. Despite this, Sedge managed to maintain pocession for a number of phases and marched down the field towards the clubhouse, ironically resplendent in new solar panels!

The home team set up a series of lineouts and driving mauls but unable to cross the line. Souths managed to turn over pocession and move play away from the club house. They also kept possession and mounted an attack wide that was halted by the impressive Waddy for the Tigers. Souths changed the the angle of attack and their scrum-half took the ball and ghosted past 4 Tigers defenders to score under the posts. Well played Mr Gibbs and a 26-0 scoreline.

The home team's energy had been sapped and now it required their senior players to stand up and Birtwell did just that; his white head strapping appearing across the field. He was also prominent as Sedge mounted new attacks through their effective lineout and driving maul.

This plan allowed Sedge to score two tries before the half time whistle, Lamprey and Waddy being credited with the tries.

The second half saw the home team more energised and focussed on ball retention and territory. After a quiet first half, the dangerous Matt Riley started to make successive line breaks and the crowd were starting to believe a comeback was possible.

Early replacements Crous and Ashcroft gave the home team quick and clean ball at the breakdown. Wingers Harrison and Riley were seeing more of the ball but lacked the confidence to go around the Souths defence.

It was centre Riley that got Sedge their third try. The home crowd daried to believe while Souths continued to defend strongly and had their own lineout and driving maul as a go-to option.

A quite innocuous tackle on the halfway line led to Sedge's Johnny Matthews being yellow carded for hands in the ruck. This neutralised the ascendancy Sedge had and the game stagnated. This benefitted Souths who put together two strong scrum feeds before Blane Howe ran through at least three Sedge tacklers to score in the corner.

The final score was 17-39 with the first half performance of Souths setting up this fine away win.