Barbarians to face Brazil in November 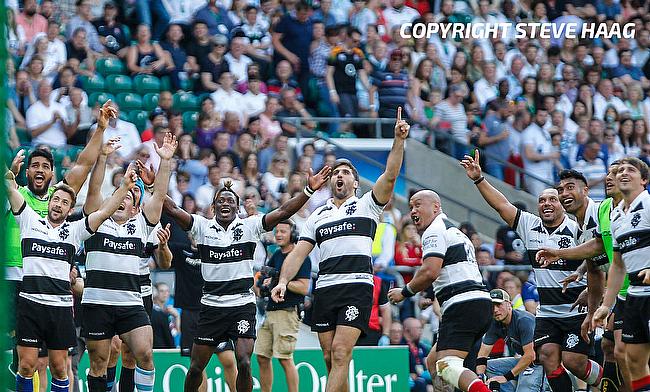 Barbarians will face Brazil for the first time
©Steve Haag

Barbarians will be facing Brazil for the first time during their end of the year tour in November.

The clash will be seen as Barbarians' initiative to spread the spirit of the game globally and it will be Estadio do Morumbi in Sao Paolo that will be hosting the game.

“We’re delighted to be able to accept the invitation to travel to Brazil, who are one of the most dynamic emerging sides in the world right now,” said Barbarian FC Chairman John Spencer.

“They’ve shown they have the strength and skill to surprise anyone and we will travel to Sao Paulo with top class international players committed to playing with the spirit of entertainment and enjoyment for which the club is famous.

“To be involved in four men’s and women’s matches against three nations in two different continents makes our November programme a very exciting one that will showcase all the Barbarian FC stands for.”

The invitational side will also lock horns with Fiji on 16th November and also a men’s and women’s double header against Wales in Cardiff on 30th November apart from the game against Brazil on 20th November. Eddie Jones will coach Barbarians against Fiji while Warren Gatland will be in charge of the side for the encounter against Wales.

The initiative from Barbarians to develop the game around the world received high praises from World Rugby Chairman Bill Beaumont.

“Having played many times for the Barbarians – even captaining the club on a few occasions – I have seen first-hand the excellent work they do to promote rugby around the world,” said Beaumont.

“The club’s ethos of good sportsmanship, inclusivity and diversity fits perfectly with rugby’s character-building values and they have shown that it is possible to forge a modern approach to the game while still holding on to the best traditions of times past.”