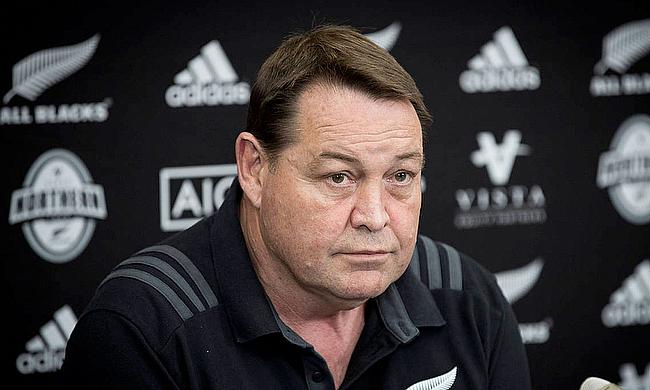 Love them or hate them, New Zealand are the best rugby union side on the planet.

The All Blacks have won the last two Rugby World Cup tournaments, and it would take a brave bettor to back against Steve Hansen’s side in 2019. New Zealand set the benchmark for everyone else to follow – and that will be no different ahead of September’s competition. The 2019 World Cup has all the makings of a modern classic.

Rugby union fans watched with gusto as the All Blacks slipped up against South Africa back in September and then again in November’s autumn international against Ireland. If New Zealand thought that they were invincible ahead of the 2019 tournament, those two losses will remind the All Blacks that they cannot afford to be complacent or else risk falling short in their pursuit of a third successive World Cup.

#RWC2015 was a tournament to remember for @AllBlacks star Wyatt Crockett ?? pic.twitter.com/Dqv22KwUTT

Hansen is one of the best head coaches around, and the All Blacks boss usually gets his squad selection spot on. Unlike other nations, the New Zealand squad rarely picks itself – such is the strength in depth and competition for places. Some players, Beauden Barrett for example, are a shoo-in, but Hansen likes to mix things up and we could see a few surprise names in New Zealand’s World Cup squad.

Tipping New Zealand to retain the Rugby World Cup crown is simple enough, but pros from betconnect, a social betting platform, will be looking for profitable betting markets throughout the tournament. The All Blacks are capable of running up a cricket score against rugby’s lesser sides, and punters will be keeping an eye on the best rugby bet of the day for any New Zealand tips.

Ireland and South Africa were excellent value for their wins against the All Blacks, and Eddie Jones’ England also came within one point of beating New Zealand at Twickenham. Looking at all four teams, the All Blacks are the most naturally talented, but endeavour and tactics will come into it. All four nations will be quietly confident of challenging for World Cup glory – and it would be foolish to ignore Wales too.

Hansen will have his side fired up and ready to go ahead of the 2019 tournament. Most of New Zealand’s defeats came at the end of a gruelling calendar year, and the All Blacks will bounce back fresh after those excursions. You won’t find too many union fans predicting against the All Blacks, but rugby is a funny old game. We could be crowning a new champion come the end of the competition.

New Zealand will head into the tournament with one goal: retain the Rugby World Cup title. Anything less than victory in the final will go down as a failure, and Hansen’s legacy will take a dent. A third successive World Cup will enhance his status as one of the greatest ever, and we could see this All Blacks side rewrite the history books. Write New Zealand off at your peril!