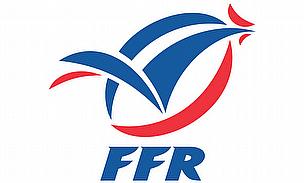 This was the question put to me by an old school friend during the 2011 World Cup semi final between Les Bleues and the heavily-fancied Welsh. In truth, it wasn't the hardest of questions, and my reasons were numerous: a penchant for French food; a love of their landscapes, their art, their wine; the cobbled little Provencal towns and the cascading cities; the Lumiere brothers, who gave cinema to the world and Georges Mellies who helped pioneer it in the early part of the 20th Century; the music of Yann Tiersen, Daft Punk, Sebastien Tellier, Air and Phoenix amongst others; the fact that I managed to get a girl I'd fallen hopelessly for to go on a date simply by asking her in French (yes, she speaks French) (and thanks to Jen, who actually wrote the text for me). All this before we even get to the national rugby team.

That wonderful, mercurial, magical and utterly ridiculous rugby team. On their off days, many of which we saw in this tournament, they can be abysmal: losing to Tonga, scraping past 14 man Wales as though it were beneath them and, most ignominiously of all, only just beating England. Yet when things go well, there is no better team to watch, no team more captivating than the French; not even the All Blacks can match them for sheer entertainment value, and had this utterly ridiculous team actually gone on to lift the Webb Ellis trophy then it would have been a narrative even more romantic than that which eventually transpired. Then you just have to consider the gales of laughter that would have accompanied another All Black choke against their bÃªte noire.

Superseding all of the above however, is the man at the forefront of this cinematic epic of a campaign: France's magnificent captain Thierry Dusautoir, who is just about my favourite player in world rugby at the moment. So many players nowadays are described as "inspirational  in the press that it has become little more than a lazy clichÃ©; however for a player to lead a team to the final of the biggest stage of all amidst reports of player factions and public feuds with the head coach goes some way to showing Dusautoir's strength of character. He seems unafflicted by the macho bullshit that seems to pervade northern hemisphere rugby, instead speaking quietly and infrequently and selflessly leading his team through his play rather than with his words. Some fans may admire the mad dog spirit of the likes of Lewis Moody, but Dusautoir is the thinking man's back row and captain.

He is also a player who bucks the modern trend for the rangy, ball-winning openside flanker; it is apt that he actually wears six in the traditional French style, acting more as a defensive monolith who will plough great caverns into the opposition pack. His understated destructiveness is reminiscent of the former England flanker Richard Hill at his zenith, and there are few higher compliments in rugby than that.

Not that Dusautoir isn't as effective a ball carrier as anyone in the modern game, as those who watched France's ill-deserved final defeat to New Zealand will testify. He and his back row colleagues Julien Bonnaire and Imanol Harinordoquay thoroughly outplayed their more illustrious counterparts in black, and as they made headway with every carry around the breakdown you began to feel that had referee Craig Joubert not decided to penalise them for the offence of Not Being Richie McCaw then they might well have sneaked a win. This was both reminiscent of and yet in stark contrast to his performance in the quarter final against the All Blacks four years earlier, where Dusautoir's 38 tackles in the match (for non-rugby fans reading, this is a ridiculous amount) was two more than the entire All Blacks team: same genuinely inspiring performance, different facets of his game.

In all honestly, France didn't deserve to win the World Cup. They didn't play their trademark exciting rugby for the majority of the tournament, they lost some bad games and won badly too. Still, this detracts neither from the fact that they were the better team in the final itself, nor from any of the above. It takes a wonderful player to lead such an excitingly volatile side, and in Dusautoir, France have just the man: as I cheered during their quarter final with England, allez les Bleues.