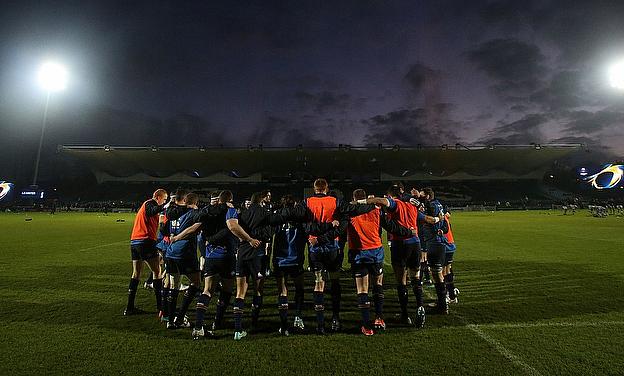 The stadium in Donnybrook, south Dublin, is to be transformed into a 25,000-capacity venue with the ground's naming rights possibly being sold off to help pay for it.

The new venue will also host equestrian events, music concerts and other sports as they arise.

Leinster will continue to play their home games at the ground during the redevelopment, which is expected to begin in 2016 and will create a mainly all-seater stadium with plans for one terrace to be finalised.

Mick Dawson, the club's chief executive, said: "Leinster Rugby has a loyal supporter base and the redeveloped capacity of 25,000 in a purpose-built venue will provide greater opportunities for our supporters and commercial operations.

"Gate revenue is a significant feature of our current business model, and we are sure that this redevelopment will help with this, as well as allowing us to explore additional commercial revenue streams.

"At the moment we have a section of terrace for supporters and though the final plans are not yet complete, we hope to have a terraced section in the new stadium to accommodate people who prefer this. Though the majority of supporters will be seated."

A consortium of architect firms, Dublin-based Newenham Mulligan Architects and London-based Grimshaw Architects, won the international design competition for the RDS Arena after submitting anonymous bids to a panel of five judges.

"Their winning concept represents an exciting design response to a complex brief. Entries had to accommodate professional rugby, world class equestrianism and music concerts, in an already very busy events venue," he said.

"These three elements were exceptionally well incorporated by the winning consortium who stood out for their understanding of the multi-faceted nature of the development and their vision for the RDS Arena."

Commenting on the significance for the 2023 Rugby World Cup bid, Mr Dawson added: "A newly-developed RDS Arena certainly has the potential to significantly add to the World Cup bid, and we hope to speak to the Irish Rugby Football Union in due course."

In 2014 the Newenham Mulligan/Grimshaw consortium won the design competition for the redevelopment of the Curragh racecourse.

Leinster are the reigning PRO12 champions and are three-time European champions. The club is competing at the top level in Europe this year again and has a Champions Cup quarter-final against Bath in the pipeline.