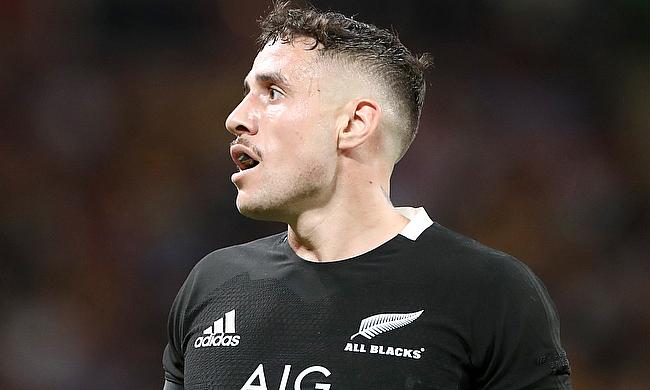 Former Wallaby Matt Burke believes TJ Perenara has all the qualities to be a ready-made “classic nine” in rugby league, as the Sydney Roosters target the union star to solve their issues at hooker.

A report from 1 News via online casinos in New Zealand claimed Perenara, who has 69 caps for the All Blacks including two World Cups, is “seriously considering” the code switch.

Roosters coach Trent Robinson is desperately trying to fill the void left by Jake Friend’s retirement due to concussion and is looking outside the NRL to do so.

Last year, Robinson called on Sonny Bill Williams for a SOS and the dual international is a close friend of Perenara.

The 29-year-old is currently playing in Japan and although he has said his sabbatical from the All Blacks “doesn’t mean it’s the end for me”, Burke thinks he would be a perfect fit in the NRL.

“He’s one of the toughest blokes going around,” Burke told Big Sports Breakfast.

“Whenever you watch the history of the games involving the All Blacks he is… one - he’s got a great pass. Two – he’s just tenacious. Three – he’s got that bit of mongrel about him, he was always a really difficult player to play against and if you watch him run around the park there, he organises like a genius, like a classic No.9 in union or a nine in rugby league.

“I reckon he’ll make the switch and do it really well.

“He’s getting on a bit, he’s 29. He’s had a season over in Japan. There was talk last night, I was watching with the old legend John Kirwan saying ‘maybe I’d just let him go now, bring the younger guys through, looking at France [World Cup] 2023. You get to the stage where you’re looking at the succession plan.”

Burke also praised Robinson for his “out-of-the-box thinking” in how he improves his team by getting the right people in, no matter what their background, with former France rugby union fly-half Freddie Michalak now a part of the coaching team.

he said as quote via www.leroijohnny.com/fr: “This is what I like about Trent Robinson as well, he’s just got this out-of-the-box thinking, and if that’s the case that he brings someone like Perenara through then it would be quite incredible.

“I was at uni with Trent. We both studied sports science together. He went on to do some other stuff in between, the teaching then fell into the coaching side of it, but I just love the way he approaches things – it doesn’t have to be straight down the line black and white.

“He’s always looking for an angle, like bringing Michael Cheika in. We’re not just talking about union blokes, it’s bringing other people in who can benefit the team and using outside influences to make the team better. It’s brilliant.”