The Best Rugby Sevens team for the 2021 Olympics 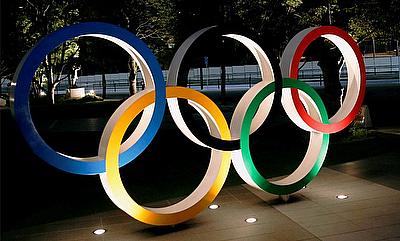 ©PA
The Rugby Sevens tournament at the 2021 Olympics will take place from July 26th to July 31st of 2021 with the live score results streaming worldwide with the venue being in Tokyo.

The competition has 24 teams (12 each for men and women). To avoid the spread of the COVID-19 pandemic, the dates for the 2020 Tokyo Summer Olympics were postponed.

After the Japanese phenomenal performance at the RWC 2019 and the men's sevens team's fourth-place result at the Olympics in 2016, it is widely predicted that rugby sevens will be one of the most eagerly awaited events in the Tokyo Games.

The Team GB Sevens team will be one of the favorites to win gold at the 2021 Olympic Games in Japan. In this article we will talk about the team we would pick from a 15s background that could bring the gold to Great Britain.

He is the captain of the Scotland national team and everything revolves around him. For the most part, when he's not on the pitch, the Scots cannot match up with the more experience international sides. He is an excellent playmaker, a motivator, and a kicker.

After appearing on the world stage in 2020, he has gone from strength to strength. He would be great for the sevens game, because of his ability to remain composed and sensational top speed.

Undeniable abilities would be uniquely equipped to handle the short game. His ability to manipulate space and players, along with his passing prowess, would make him a valuable asset for the team.

The Scot would be one of the hardest-working athletes on the team. Jamie would give GB a hard edge that all good teams require, with a big, aggressive tackle machine and brilliant clear-outs in the ruck.

Kick-off and lineout specialists are important for any sevens squad. Itoje fits the bill well. His air game and athleticism put him among the finest in the game. Leadership, tackles, turnovers, off-loads, and passion.

His overall game is well-suited to Sevens, with him constantly showing a variety of skills on the international circuit. High work rate, outstanding handling, and turnovers at breakdown would have a significant influence on Team GB.

He has explosive speed and pace to burn, having scored 29 Test tries. Regardless of the negative performance of his team, May would be a try scoring monster with that much more open field to run around in.

If the 2020 Olympics do end up going ahead, the Rugby Sevens will be one of the most-watched events. If team GB takes the above players with them, we are sure they will take the gold. Let us know what you think of the picks and which ones you would take in the comments below.