In the build up to the Super Rugby season, there is always the back drop of the Six Nations; this year there is Rugby 7s in Las Vegas and the Cricket World Cup. Add to this the pressure to win a place at this year's RWC and you have sensory overload.

There might also be the temptation to share Valentine's with your partner or maybe combine this with the opening of Fifty Shades of Grey.

No matter what you do this weekend, if you are a rugby union fan you will need to follow TalkingRugbyUnion. We will feature the reality of games across the globe and the fantasy of the game for our rugby tipsters. As ever Scott Donaldson is on hand to assist those fantasists, old and new. Here are his thoughts: 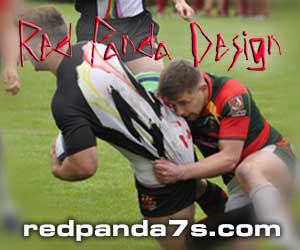 For those in Super Rugby tipping competitions it is important to get off to a good start.  One good thing in 2015 is that Round 1 is a full round, rather than a split round and so we get to look at 14 teams, the bad news is that it is difficult to know the form of teams with pre-season form not counting for much.

In the last three seasons there have been more local matches with teams playing the other teams from their conference, both home and away each year. Interestingly, the number of home wins has increased, despite teams becoming more used to playing on the road as Super Rugby continues into its 20th season.

This is an excerpt from The Ultimate Rugby Tipping Guide 2015:

Super Rugby Round 1 2015 has some similarities to the first full round in 2014 which was Super Rugby Round 2. The two Australian derbies feature the same teams with the Brumbies hosting the Reds and the Waratahs vs Force.

The Hurricanes start in South Africa, while there are two South African derbies again in 2015. Last season in Round 2 there were five wins from seven for the home teams, so this is a safe tip given how the form of the teams is difficult to gauge.

Being a Rugby World Cup year, it will be interesting to see what emphasis teams place on resting players. Already we are seeing plenty of international players named for the opening round, when usually players like Richie McCaw and Dan Carter would wait a few rounds before playing. There is an intense fight for Rugby World Cup positions in some teams and so we may see more hunger from some players.

Keep tuned to TalkingRugbyUnion for helpful insight and analysis that allows you to compete in your prediction and fantasy leagues.

We are also naming players to watch for those playing fantasy rugby like TestRugby or join the Super Rugby Tips conference at SuperBru. It is difficult to afford a team if playing salary cap fantasy rugby, so you may have to buy bargains, but there are enough new players in Super Rugby 2015 to give you some options.

One of the favourites play one of the least favourites when the Crusaders host the Rebels in the opening game. The Crusaders are traditionally slow starters, while the Rebels usually start stronger than they finish as last year for example they ran out of steam and depth.

The Crusaders will play with two openside flankers, with Richie McCaw starting Super Rugby earlier than usual, joining Matt Todd. Usual stars like Sam Whitelock and Kieran Read aren’t starting, while Dan Carter will be wearing the Number 10 jersey in an attempt to get ready for the Rugby World Cup.

This leaves Colin Slade starting at fullback. This is a good time to play the Crusaders as they are usually slow starters.

The Rebels have lost some players, but have also gained the likes of Mike Harris and Dominic Shipperley to boost their backline. Lots will depend on Scott Higginbotham.  The Rebels weren’t named when writing this.

Players to watch: For the Crusaders, it is hard to know if Colin Slade or Dan Carter will be goalkicking, but they are both worth a look.  Richie McCaw and Matt Todd are usually good fantasy performers.

For the Rebels, (not named yet) if Scott Higginbotham and Luke Jones are playing, they get around the park.  Mike Harris might be a good option as a goalkicking player who is not an inside back, while Dominic Shipperley is a good try scorer if he gets a chance.

Many people are picking the Brumbies to challenge for the title in Super Rugby 2015, although they will have to do it without their inspirational skipper Ben Mowen, but they have welcomed David Pocock into their loose forwards for 2015. It will also be interesting to see the impact Stephen Moore can make this season. The Brumbies from the last few years have managed to get the best out of whoever wears their jersey, even though they could face a hooking crisis early in 2014.

The Reds are an enigma with some high interest signings in the offseason like Adam Thomson, James O’Connor and Karmichael Hunt. Quade Cooper is out injured for this game, but Hunt will play in the Number 10 jersey.  The Reds will be looking for a better season, but ironically they will want to replicate their 2014 Round 2 effort of a ten point win against the Brumbies in Canberra which really threw most tipsters.

Players to watch: For the Brumbies (not named yet), David Pocock will be crucial for the Brumbies forwards along with Stephen Moore whenever he plays.  The Brumbies have some good fantasy rugby backs. Players like Matt Toomua, Christian Lealifano, Tevita Kuridrani, Robbie Coleman (listed at centre but scores tries as a winger) and Henry Speight should score big points if named.  Watch for budget priced giant lock Rory Arnold.

Reds: Despite not having the big names in the backs, the Reds Karmichael Hunt, James Horwill and Saia Faingaa could be worth a shot, while there are some exciting bargain priced Reds outside backs for those close to the salary cap.

The Lions vs Hurricanes is probably the toughest match to pick in Super Rugby. The Lions are tricky to beat early in the competition, at home, while the Hurricanes despite their superstar players, often don’t kick into gear until it is too late in the season.

Players to watch: For the Lions, loose forwards Derrick Minnie and Warren Whiteley are good sources of fantasy points, while Marnitz Boshoff has kicked the Lions to victory in the past and could do it again.

Hurricanes: The Hurricanes have some exceptional players so Julian Savea, Beauden Barrett and Dane Coles are worth a shot.  If you want value for money, go for Blade Thomson who is listed as a lock in many fantasy games, but is a good Number Eight who scores tries.   Ardie Savea’s time to step up is now.

The enigmatic Blues host the Chiefs in an important New Zealand local derby match. The Blues have a great record at Eden Park, but this game is at Albany Stadium. It is funny how these two teams have almost traded places in Super Rugby. In the early days the Blues were one of the top dogs, while any win for the Chiefs would be considered an upset. Now the Chiefs have won the last seven on the trot.

The Blues have named an exciting backline (if not a bit inexperienced with the exception of Jimmy Cowan) and a good forward pack for this game featuring plenty of international players. The Chiefs have a rookie at first five eighth in Damian McKenzie, while Sonny Bill Williams and Charlie Ngatai start in the midfield.

Interestingly, there are more big names in the Blues forward pack than the Chiefs for this one. The Chiefs do have more experience on their bench than the Blues and could finish the stronger side.
Can Dave Rennie and his coaching staff flex their coaching muscles against Sir John Kirwan?

The Chiefs are slight favourites for this match, despite not having stars like Aaron Cruden, Brodie Retallick and Liam Messam. They do have more of a winning culture than the Blues and have a habit of pulling unknown players out of the hat.

Players to watch: For the Blues they have some stars like Jerome Kaino, Steven Luatua and Charles Piutau. Watch for some younger players like Ihaia West, Lolana Visinia and George Moala.

For the Chiefs: Sam Cane will need to stand up as a leader, while Sonny Bill Williams, Charlie Ngatai and Tim Nanai-Williams are usually good for some fantasy rugby points.  Watch for Damian McKenzie, lock Matt Symons and bargain priced loose forwards Johan Bardoul and Maama Vaipulu.

The Sharks are hot favourites to win the South African Conference again and given that the Cheetahs are in decline after losing some of their best players from last season and usually have the worst defence in the competition, then expect the Sharks to dominate this match easily.

The Sharks seem to always get a good draw featuring lots of early home games, but this time they play the Cheetahs who have lost Adriaan Strauss to the Bulls and have former Stormers fullback Joe Peterson at first five eighth in the absence of Johan Goosen.

There is also no sign of Heinrich Brussouw, Phillip van der Walt and Lappies Labuschagne who were impressive fantasy rugby players in the past.

The Sharks should dismantle the Cheetahs in the forwards before probably winning comfortably at home.

Cheetahs: Willie Le Roux, Joe Peterson, Sarel Pretorius and Oupa Mojohe who is a Springbok and is an absolute bargain along with Willie Britz and Jean Cook.

The Bulls have an improved looking squad for 2015 and look set to challenge the Sharks for the top spot in the South African conference. This Bulls team includes Springboks Adriaan Strauss, Handre Pollard, Francois Hougaard, Jan Serfontein and of course, Victor Matfield. There is also Pieter Labuschagne formerly of the Cheetahs.

They will be difficult to beat for the Stormers in Round 1. The Stormers will really miss Jean de Villiers and have a tendency to be like the Hurricanes with a good team on paper, but they are prone to slow starts in Super Rugby.

The Super Rugby champions start their title defence at home against the Force. The Waratahs will love playing at home in a day game which is usually conducive to higher scoring games.

The Waratahs have named a strong team with the only position in doubt being lock with Dave Dennis moving there from the side of the scrum. Otherwise, it is an ominous looking Waratahs team for the Force.

Players to watch: Pick plenty of Waratahs if you are playing fantasy rugby games as they should score tries. Michael Hooper, Wycliff Palu, Tatafu Polota-Nau, Kurtley Beale, Bernard Foley and Israel Folau.  Will Skelton could be a good option as he is forced to start this season.