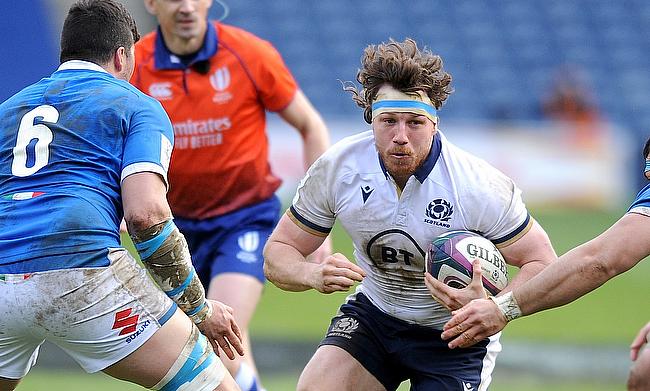 It's been a long wait since a Scot last started a Test match for the British & Irish Lions in the southern hemisphere, but it looks like the wait could be coming to an end.

Scotland caught the eye with away wins in London and Paris in the 2021 Six Nations, and now players are putting their hands up for starts against the Springboks.

Despite being named the 2021 Six Nation Player of the Tournament, there were still some who questioned whether flanker Hamish Watson should be selected for the tour of South Africa. There are those who wondered whether the Edinburgh back-row was big enough, in stature, to compete against the physically authoritative South Africans on their own patch.

A player who has always thrived at proving people wrong, Watson has impressed on tour for the Lions, who are favourites in the betting tips to win the series against the Springboks. Watson got on the scoresheet with a powerful close-range try against the Emirates Lions in the opening game in South Africa and has not looked back since.

The back-row is always going to be a competitive area, with so many players looking to fill those three positions at the back of the scrum. However, with his track record and recent performances, Watson has certainly done no harm to his chances of earning starts in the three Tests against the world champions.

Duhan van der Merwe shone during the Six Nations, as the South African-born winger scored decisive tries in wins for the Scots against both England and France. The Worcester-bound winger has now taken that form into the Lions tour and has already impressed.

Van der Merwe has the ability to simply run over opposition players, and his work rate in coming in off the flank makes him an attractive prospect for the Lions head coach Warren Gatland. Wales winger Alex Cuthbert was used in that role for Gatland in the successful Lions’ series against Australia in 2013, and Van der Merwe looks to be pushing for those Test starts this year.

Not many would have suggested scrum-half Ali Price would be in the frame for a Test start, but the Glasgow Warriors half-back has hit some real form. Quick with his delivery of the ball, and capable of sniping runs around the breakdown, the 28-year-old has been justifying his selection for the tour.

Ireland’s Conor Murray is in the driving seat to start the Tests, having been named as replacement skipper after an injury to Welsh lock Alun Wyn Jones. Yet Price has been putting pressure on the Munster man, whose experience in the Lions’ jersey might see him get the nod to start against the Boks.

Race Against Time for Russell

An Achilles injury to Finn Russell has put his hopes of a Test role in doubt, as Wales’ Dan Biggar looks to be the man in the driving seat. The injury is a setback to Russell, who many would have as an impact player off the bench in the series.

In the forward area, Zander Fagerson and Rory Sutherland are in the mix for Test action, as is full-back Stuart Hogg, who would be a surprise omission if not selected. Centre Chris Harris has impressed on tour, but there are plenty ahead of him in the pecking order.

It was Tom Smith who was the last Scotsman to start a Test for the Lions in 2001, but it looks like the wait will soon be over.