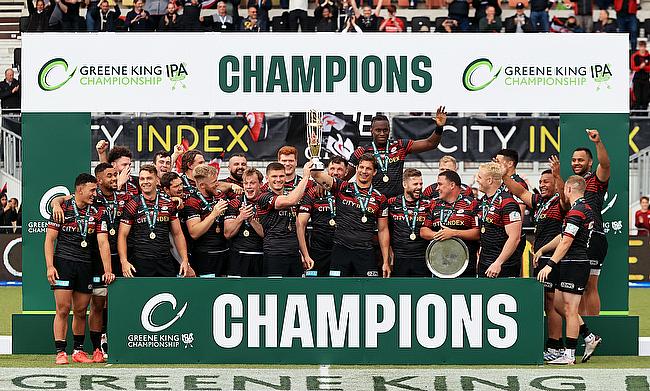 The 2020/2021 Gallagher Premiership season was an unusual one, with a later start and finish and no fans permitted to attend for the vast majority of the fixtures due to the ongoing COVID-19 situation.

However, there was no let-up in excitement and a scintillating post-season was brought to a close with Harlequin’s unlikely victory in the final against pre-season title favourites Exeter.

The new season starts with a mouth-watering Friday night opener at Ashton Gate as Bristol Bears host Saracens. The hosts were losing semi-finalists last time round, with Harlequins recovering from 28-0 down to clinch a stunning 43-36 victory after extra time at Ashton Gate.

Bristol were strong favourites heading into that match, with some bookies having them as short as 1/5 to progress to the final. Snatching defeat from the jaws of victory in that manner will have wounded the Bears’ pride but they will certainly have put that behind them ahead of September’s curtain-raiser. Securing the services of players like Scotland international Jake Kerr on a permanent contract will also give them confidence that they can push on further this season. They could well be worth a punt at 5/1 or better to win the title, especially if you can effectively make that a free or risk-free bet by taking advantage of one of the many betting promotions currently up for grabs online.

Saracens will certainly have something to say about that, though. The Barnet-based team have won 4 of the last 7 Premiership titles and retained the bulk of their star-studded squad despite being relegated in disgrace in 2020 for multiple breaches of salary cap rules. Director of Rugby Mark McCall can pick his XV from a group including numerous experienced internationals like Owen Farrell, Maro Itoje and Billy Vunipola, so it’s no surprise that they head into the new season as bookies’ favourites at 15/8.

At the other end of the table, the moratorium on relegation continues both this season and next as part of the RFU’s plan to create a sustainable 14-team Premiership. One one hand, this leaves the weaker teams free to experiment and express themselves without the spectre of dropping out of the lucrative top tier hanging over them. On the other hand, we could see some one-sided games as teams like Worcester, who finished a long way behind the rest last time round, will likely struggle to compete against the better-resourced teams.

Either of these possibilities means more points, more tries, and a more exciting campaign overall. Take last season for example, the first of the three seasons in which relegation is suspended: An average of 6.3 tries were scored per game - the first time in the competition’s history that the six-try-per-game mark has been broken - and the average points per game (49.9) was the best return in over 20 years.

With fans back in the stands and the league now even stronger for the addition of Saracens, there’s every chance that the 2021/2022 season could be another record-breaker.