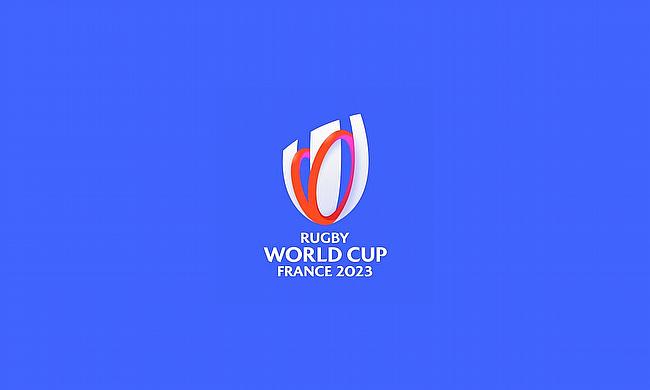 Insofar as ticket sales are concerned, France 2023 head Claude Atcher could have hardly hoped for a better outcome from the latest tranche of ticket sales last week.

In the first round of sales to the general public, the 350,000 ticket packs on offer last Tuesday flew off the virtual shelves in a matter of hours, speaking to a groundswell of enthusiasm for rugby union’s next World Cup and the eagerness of international rugby fans to put Covid-19 behind them and return to stadiums in order to watch their national teams play.

For the sometimes vocal fans who were unable to purchase their ticket packs this time around, France 2023 has already announced its next set of sales for this autumn, after which fans will be able to purchase individual tickets for the 2023 matches starting next year. In the meantime, the World Cup organizers have moved to crack down on the illegal ticket resale sites taking advantage of the historic demand for tickets by snapping up packages meant for direct sale to fans.

While the 350,000 tickets put up for sale on April 6th represented the first tranche made available to the general public, they followed two rounds of “2023 Family” pre-sales beginning in mid-March. Between the pre-sales and last week, France 2023 has now already sold 950,000 of its 2.6 million total tickets, well over two years before the event itself kicks off with a match between the All-Blacks and the French national team at the Stade de France outside of Paris on September 8th, 2023.

Following that high-octane opener, the competition will play out in nine cities across France before returning to the Stade de France on October 28th. In addition to Paris, Toulouse, Lyon, Lille, Bordeaux, Marseille, Nantes, Nice, and Saint-Etienne will all host at least four matches. In addition to the Stade de France, fans will also recognize Marseille’s Stade Vélodrome, Nantes’ Stade de la Beaujoire, Saint-Etienne’s historic Stade Geoffroy Guichard, and the Stadium de Toulouse from France’s last turn hosting the Rugby World Cup in 2007.

Just based on the number of tickets being made available, World Cup 2023 promises to be the best-attended tournament in the Cup’s history, edging out the 2.47 million tickets sold for England’s 2015 Rugby World Cup. 2023 will also mark the third time France officially takes up World Cup hosting duties, following 2007 but also its turn as a co-host in 1991. Two of the 2023 venues, the Stade de France and the Stadium de Toulouse, also hosted matches on behalf of Wales during the 1999 tournament, as did French stadiums in Lens, Bordeaux, and Béziers.

Putting Covid in the rear-view mirror

Given the global upheaval caused by the Covid-19 pandemic in the time since the 2019 World Cup in Japan, the 2023 games have taken on added significance. Together with the women’s Rugby World Cup, which should have started in New Zealand last month but which has now been moved to 2022 as a result of the health crisis, the event represents a light at the end of the tunnel for millions of rugby fans living in the countries hardest hit by Covid-19 – a list which includes France and the UK, but also South Africa and Argentina.

This edition of the Rugby World Cup also carries special significance for France, coming less than a year before the 2024 Olympics are set to begin in Paris. After a year in which the country’s crucial tourism sector has been buffeted by confinements, business closures, and travel restrictions, the World Cup promises to bring thousands of visitors to French cities and regions eager to welcome them. It will also serve as an important logistical proving ground for France ahead of the Olympics, helping Europe and the world get back into the rhythm of hosting large-scale international sporting events after Covid.

The race to qualify

With the hosting schedule set and ticket sales proceeding at a brisk pace, the main outstanding question remains which teams will qualify for the remaining slots at the tournament. While South Africa, England, Argentina, Australia, Scotland, Fiji, France, Ireland, Italy, Japan, New Zealand, and Wales have already qualified, eight more spots remain up for grabs. In the Europe pool, Georgia and Romania are currently in pole position for the two outstanding European spots thanks to their wins in the Rugby Europe Championship now underway, with the undefeated Georgian side enjoying a commanding lead for the top spot and Portugal, Russia, Spain, Belgium, and the Netherlands a ways behind.

In the Americas, the US, Canadian, and Uruguayan sides hope to continue their World Cup streaks, with the US failing to quality for the tournament only once – in 1995 – and Canada never missing a World Cup since 1987. 2019, however, represented a reversal of fortune between the North American rivals, with the US qualifying for the World Cup in Japan as the top seed for the first time ever, and the Canadians forced into repechage in order to claim their own spot. Uruguay, for its part, would be attending its third consecutive tournament, after a disappointing 0-4 showing in England in 2015 and a 1-3 record in Japan in 2019.

In Africa, Namibia hopes to secure its seventh consecutive World Cup qualification since 1999, though the decision to cancel the 2020 Rugby Africa Cup has left the fate of the Africa 1 slot in the competition up in the air until the tournament can be played next year. Among the traditional Pacific powerhouses, Tonga and Samoa are set to battle for the Oceania 1 slot, with the loser of that contest having to overcome both the winners of the Oceania Cup and the Asia Rugby Championship to make it to the World Cup as Ocean 2.

Whichever teams ultimately do secure the final eight spots can expect to play in front of the largest Rugby World Cup crowds in history, with Covid-19 hopefully having been consigned to the dustbin of history by the time they arrive in France.