Is Jones overreacting with Smith comments? 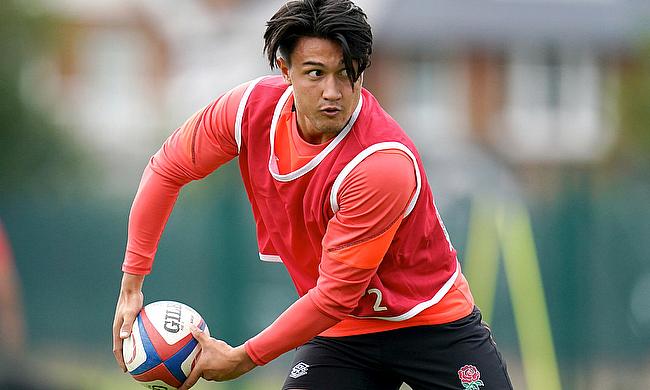 Eddie Jones has already drawn a line in the sand regarding Marcus Smith and potential distractions in the early stages of his England career.

The 22-year-old is one of the most promising players to emerge out of the Premiership in recent years, starring for Harlequins. Smith has already showcased his ability for the Red Rose, and for the British and Irish Lions in his brief action at the highest level. However, Jones has already given a warning about the praise going to Smith's head, drawing comparisons with the 2021 tennis US Open winner Emma Raducanu.

Whether Jones is correct in his opinion is up for debate. Raducanu excelled at Flushing Meadows and has not competed in a Grand Slam since her historic triumph earlier this year. The fact Jones would raise Raducanu as an example highlights the fear he has of a bright talent burning out. Smith is expected to lead England’s charge in the Six Nations where they are backed in the rugby union odds at 5/2 to win the tournament. Given the overhaul of the England squad, Jones is demanding a focus from his team to ensure they fulfil their potential, especially considering their poor performance in 2021.

Marcus Smith has the flair and skill to excite crowds and bring a new dimension to the England team. He has already proven enough to Jones to dislodge the solid George Ford at fly-half and has even put captain Owen Farrell on watch in the side given his versatility. Jones will be delighted to have a player of his potential in the ranks, but off-the-field distractions have played a decisive role in preventing other players from developing into stars for the Red Rose.

Danny Cipriani had all the talent in the world after starring for Wasps in the Premiership. He appeared ready to take on the mantle from Jonny Wilkinson as the standout name for English rugby. But whilst Cipriani had his moments on the field, he got caught up with the bright lights and the publicity of it. This had a huge effect on his rugby and his career eventually flamed out. Despite an attempt at a comeback in 2018, his best days were behind him and he could ultimately not make the grade under Jones.

Manu Tuilagi is another superstar who may never quite reach his potential, though Jones has persisted with him through several misdemeanours. At his best, Tuilagi is an unstoppable force on the field, breaking tackles and scoring tries with ease. England have not seen enough of the 30-year-old at his best, despite his 43 appearances and 90 points. Discipline and injuries have loomed large over the back’s career. His talent has allowed him to remain on the international scene, but had he cracked those issues in the early stages of his career, Tuilagi may have been one of the all-time greats for the Red Rose.

Jones' comments on Smith may seem overstated after only a handful of appearances, but the coach is likely wary of what has happened to star men in the past. By getting ahead of the issue, Jones should be able to manage a great player who is compliant and focused only on rugby. Smith appears to have the character and mentality to succeed, which is a huge step for the fly-half on his way to potential stardom.