Countries where Rugby is a popular sport 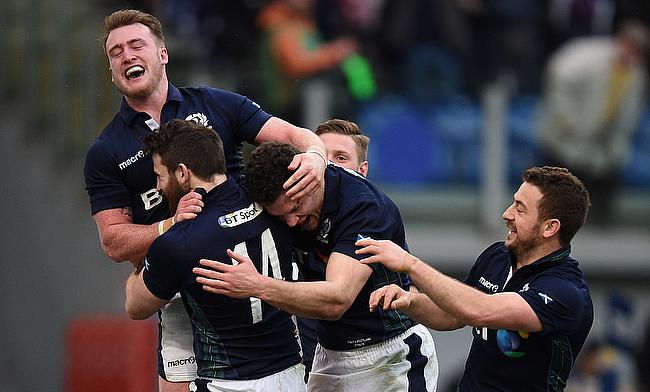 Rugby is played by almost 40,000 adults in Scotland
©PA

Many people know about rugby, but only a few can clearly answer what countries are the strongest in it. Our article will help fix your knowledge gaps.

You might think rugby is one game, but it’s a collective name for several similar sports: rugby league and rugby union, Australian and North American football. They slightly differ in rules and the countries where they are popular. Today we’ll discuss mainly the rugby union, but we’ll refer to it as rugby. This sport presupposes close interaction and close contact between players. The number of players in each team is 15. Players run with a ball in hand and try to score as many points as possible by placing it in the in-goal area and taking a penalty kick.

The word “rugby” came from the name of one boarding school in England. The graduate of this school who entered Cambridge University decided to create a “football game” based on the game he played while studying at that boarding school. Students used different rules, everyone changed them, so there wasn’t an exceptional standard of rugby. Then Rugby School created and published the set of rights to standardize the students’ hobby at least a little.

The first international competition in rugby took place in 1883. It was the well-known Six Nations Championship. Take time and try to guess what countries participated in it, and we, in turn, will tell you about the nations that like playing rugby. By the way, rugby is a rather popular college sport in the USA. If you think of obtaining a degree, be attentive when choosing a college and make the right choice. Rugby can give you a lot of benefits, so don’t refuse to try it. If you worry that it’ll impact your academic performance, use cause and effect essay writing service to order essays and other assignments you may need.

Rugby is one of the leading sports in this country. People consider it more than just a game or sport. It may seem that we should’ve started with Britain or Ireland, but no. Britain achieved good results in rugby some time ago, and now they can’t boast of it. New Zealand takes first place here by right. Rugby is not just the most popular sport here, but the most-watched sport. The history of this game in New Zealand started in 1870 by one New Zealand guy who studied in English university, returned home, and showed this game to his friends. As a result, in 1892, the first rugby union in NZ was founded. The All Blacks are the national men’s team of NZ that has very good statistics of matches: seven countries won this team. New Zealand will soon become unbeatable.

US players mostly prefer playing rugby union: more than 100 thousand people are registered rugby players here. Of course, basketball and American football take the first seats here, but rugby has all the chances to rise in popularity. And college athletics greatly contributes to this. Many school graduates who are interested in watching or playing this kind of sport may enter a college with a strong rugby team and even join it if they show good results. Educational institutions always encourage students to participate in athletics, the most of them order management essays and other assignments they need to do online and devote the most of their time to training. And it’s okay: it’s necessary to popularize this sport in the USA.

Rugby in France has a long history as well: it was introduced to French people in the late 19th century, and already in 1900, rugby was included in the Summer Olympics in Paris, where France managed to win first place. The level of people’s interest in rugby is uneven. Certain parts of the country are more interested in rugby, such as the North, whereas the South prefers playing and watching association football. But it doesn’t diminish the significance of rugby for the whole country. The French rugby team is often considered the strongest rugby team in Europe: every year, they compete in the Six Nations Championship. We suppose they’ll finally win a World Cup, and it will be their greatest achievement.

The popularity of rugby in Scotland is significantly lower than the popularity of football. Rugby is also popular, but here it all also depends on the region: those regions that represented rugby long ago now don’t have professional teams or show bad results. Amateur and semi-professional clubs constitute the National Scottish Rugby League. Many people from all over the country show interest in this game, but the government has to devote more time and funding to develop it. The total number of female players is about 1,300, and the number of male players is nearly 31, 000. The social engagement level is supposed to grow within the next few years.

This list isn’t the full: rugby is also played in Brazil, Laos, Japan, Georgia, and many other countries, but its level of popularity there isn’t so high to mention it. We’ll surely update the data if something changes.