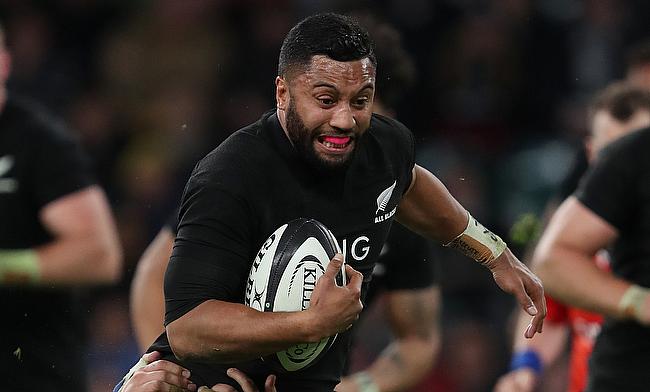 The Cook Islands are still trying to qualify for the 2023 Rugby World Cup - and the presence of former All Blacks star Lima Sopoaga might just be helping.

Sopoaga was capped 18 times by New Zealand in Test match rugby from 2015 and 2017. He has since taken to coaching and mentoring - and is working with the Cook Islands.

"The belief is here," Cook Islands coach Nathan Robinson told World Rugby. "Having these professional players that have come in to help coach has lifted the boys' spirits, and also mentally, physically, the boys have been good for it. I started in 2005 with the Cooks, and hands down, this is our best preparation.

"If it wasn't for Lima and Ash Parker out of Japan, we wouldn't be in the mindset we're in right now. Bringing Lima in with his experience, he has raised the bar. He's challenged the boys to aim higher, and they've accepted that, and we're moving forward in the same direction at a higher level.

"I think personally Lima has surprised himself. He's really shy and stand-backish the first couple of days, but once he got around the boys and got to know what the systems are and what we need, he's taken the bull by the horns. He's really taken over."

Whether or not the Cook Islands qualify for the 2023 Rugby World Cup remains in the balance. Still, the showpiece event is a good opportunity to use the top free bet codes when looking at other smaller teams such as Canada, Uruguay, Namibia and Spain as well.

France will host the event in 2023. South Africa are the reigning champions, having beaten England in the 2019 final; the Springboks are the joint-most successful team in the tournament's history, with two other titles in 1995 and 2007. New Zealand have also taken the title three times, in 1987, 2011 and 2015. Australia have two titles and England one.

2023 tournament hosts France have reached three finals but never won. Their trio of second-place finishes is accompanied by one third- and two fourth-place finishes. The French have been pooled with the New Zealanders for the next Rugby World Cup.

"You can just see that France are really building a team at the moment of great depth. You can see that all their planning is around 2023," said All Blacks coach Ian Foster.

"We'll be expecting a vibrant French team in a country that love their rugby. We know they'll have massive support behind them."