Can Morne Steyn roll back the clock against the British and Irish Lions? 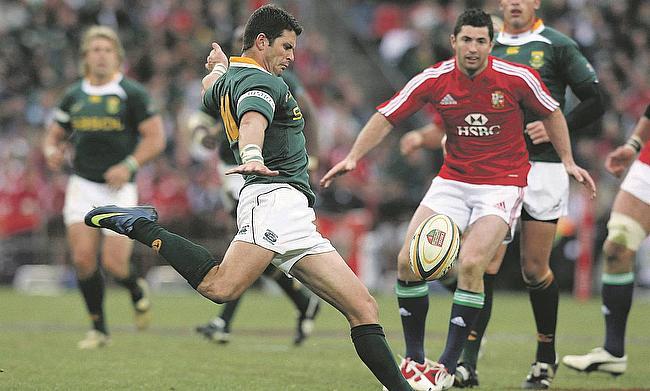 The current Springbok squad preparing to face the British and Irish Lions is certainly a mixed bag.

There’s a bit of everything in it as the South African hierarchy looks to cover all their bases for the upcoming three-match series in late July. Unsurprisingly, the large majority of those present in the squad would have played under Rassie Erasmus in the 2019 World Cup where South Africa would eventually go on to win the tournament, but there have been some fascinating wildcards pick too.

The addition of Frans Steyn and Morne Steyn to the 46-man squad certainly falls under the list of intriguing selections given that the latter last played for the Boks in 2016, and will be 36-years-old by the time the first Test gets underway in Cape Town on July 24th. As far as Frans Steyn is concerned, the overriding opinion was that the 34-year-old had played his last game for South Africa during the 2019 World Cup final.

It probably shouldn’t come as a surprise though given that historically, the Springboks have never shied away from picking older players and favour experience over youth. One just needs to look back on the drawn-out retirement of former captains John Smit and Jean de Villiers to understand that the powers that be within the arena of South African rugby are never going to force a player out the door, but rather leave it up to them to decide when they want to retire. So with this in mind, it’s easy to get one’s head around their respective call-ups, regardless of how bizarre it may seem from afar.

Steyn leaves his mark on the 2009 series

It does also suggest that head coach Jacques Nienaber is trying to find the perfect balance of brains and brawn in order to beat the British and Irish Lions. Indeed, the hosts know that the visitors will, in all likelihood, match their physicality, which is why they have called in the old heads to settle the nerves when the contest is on a knife-edge. Morne Steyn, in particular, is renowned for his ability to take the wind out of the opposition sails with precise kicking as a match draws to a nail-biting crescendo.

After all, it was the 36-year-old who kicked the series-winning penalty against the British and Irish Lions in 2009 during what was his debut in a Springbok shirt. One doesn't have to do too much reading between the lines to realise that the Springbok coaching staff still believe that Steyn has ice running through his veins.

Morne Steyn announced himself to world rugby by kicking the crucial penalty goal that secured a series victory??

Of course, on the other hand, the British and Irish Lions would have been sure that they had seen the back of South Africa's talisman fly-half.

Notably, even if he has been plucked out of the wilderness, Warren Gatland may not be expecting him to play a huge part in the three-match series and therefore won’t be allocating any team meeting time that is designated to devising a plan to combat Steyn's role in the number ten shirt.

Time will tell if Steyn can roll back the clock

All will be revealed once the series gets underway and a change in strategy will depend on how much playing time Steyn is allocated.

In many respects, given the little international rugby South Africa has played since 2019, Gatland will be slightly in the dark about how the Springboks will go about their business given that their new coach hasn’t yet overseen a game in charge. This means that the British and Irish Lions will have to be quite adaptable once the first whistle goes and perhaps, their odds as favourites to win the series is rather premature. There is a growing feeling that the bookmakers in the UK will alter the outright series winner odds once the action gets underway. Indeed, these betting sites understand the importance of live betting, hence why they offer a comprehensive range of markets for virtually every event. In the very probable scenario of the Springboks flying out of the traps on a chilly winter's evening in Cape Town, there will be a noticeable flutter in the markets.

Morne Steyn is back in the @Springboks squad for the first time since 2016. He was at the center of one of South African rugby's greatest ever moments against the British & Irish Lions in 2009... pic.twitter.com/8z2J34B668

But of course, it’s not how you start a series, it’s how you finish it and that’s why South Africa has called back their all-time match finisher to guide the team in green and gold to victory just like he did over a decade ago.

Crucially, there probably isn’t a nation with the strength in depth that South Africa possesses in terms of high-quality players to pick from. Indeed, this is a country full of world-class rugby professionals capable of playing for the national team, but despite this rich abundance of upcoming talent, the Boks have turned to a man who first played for them 12 years ago to provide the X-Factor.