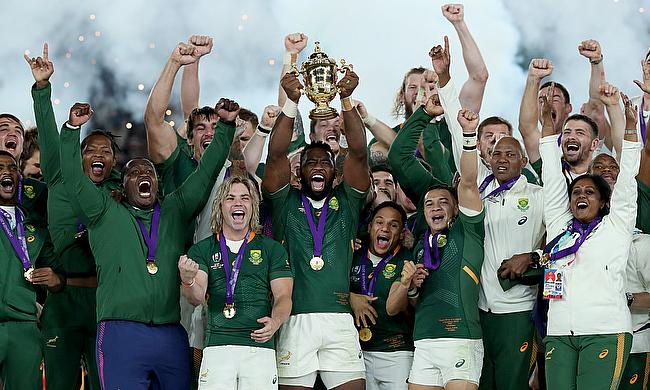 The last time the British and Irish Lions toured South Africa was in 2009.

It was a typically brutal affair, with the Lions falling in the first two games before saving face with a convincing win in the third. All in all, it was a disappointing tour and one that failed to recreate the triumphs of the touring side’s 1997 series victory. However, the team almost completed a clean sweep of victories during their warm-up matches. Can they do the same this time around?

That is the historical background to this summer’s tour to South Africa, which promises to be quite unlike any Lions tour that has gone before. This is for a number of reasons, including that all the games will be played in empty stadiums and because only two venues will be used, in Johannesburg and Cape Town.

Here are the teams they will face while in South Africa, who will be tasked with pushing each and every Lion to breaking point, as Alun Wyn Jones’ men try to shock South Africa and the rugby community at large.

Once the squad have acclimatized to their southern hemisphere surroundings, in the cities of Cape Town and Johannesburg, their first assignment will be against the Emirates Lions, who despite their name are based in Johannesburg.

This clash of two prides should see the British & Irish Lions made firm favourites with the bookmakers, although shocks can happen during warmup fixtures. Warren Gatland will look to tinker with his squad in the search for the best tactics and selections ahead of the bigger games against the Springboks.

Despite showing signs of a revival in the mid-2010s, the Emirates Lions have since come off the boil in recent seasons, and only finished 5th in a field 7 in the reduced Super League Unlocked competition that they contested in 2020. That means that plenty of British & Irish Lions fans will be checking to see if the bookmakers rated by OLBG's experts have provided value for betting punters in this tour opener, or if the Emirates Lions are being completely discounted.

However, only checking the form of this team in the Super League is unwise, because much of their squad also compete under the banner of the Golden Lions in the famous old Currie Cup. They managed to be runners-up in this competition in 2019 and the team is captained by national team fly half Elton Jantjies, who is one of the best in the world. If he plays the full 80 minutes and puts on a show on July 3rd, then maybe a little outside bet on these Joberg boys is the smart play after all.

Will the British and Irish Lions hold up to the heat that they will experience both on and off the pitch in South Africa?

The Sharks are currently rated at the best club side in South Africa and have a whole raft of Springbok players on their roster.  Lukhanyo Am is their captain and influential leader, who proved his worth in at the 2019 Rugby World Cup, which of course South Africa won. This means that the Sharks will provide an accurate measuring stick of how well prepared Gatland’s charges are.

The challenges keep coming thick and fast, because the Vodacom Bulls – or Blue Bulls as they are more commonly known – will certainly prove to be a hefty one. This side, which is led by captain Duane Vermeulen, were the talk of South African rugby in 2020, taking home the Super Rugby Unlocked title while upsetting the favourites along the way.

They will be hoping to carry that strong form into their matchup against the British and Irish Lions on the 10th of July.

Games against ‘A’ teams are always strange affairs, as often they put up less of a fight than a club side, mainly due to the fact they are hastily meshed together. That said, South Africa is brimming with young talented players, who will all be out to claim themselves a Lion scalp or two.

This is the last of the warmup games and one that pits the Lions against the team that only narrowly finished as runner-up to the Bulls in the Super League Unlocked. Their leader is one of the best props in the business in the form of Steven Kitshoff.

That just leaves the three tests that The Springboks will treat the Lions to, as the Lions’ English contingent go in search of revenge for their 2019 World Cup final defeat. It should be one hell of a tour!