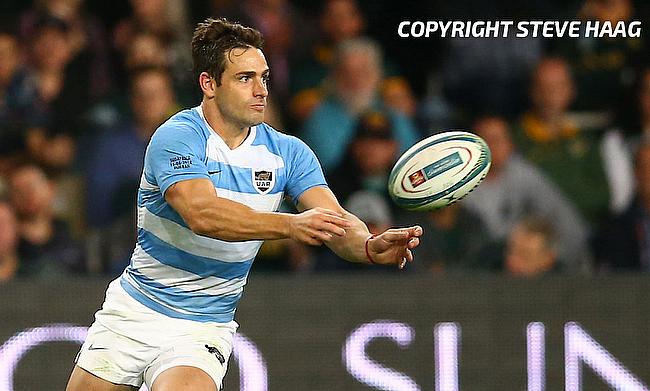 Argentina have made progress in the World Rugby Rankings following their impressive win over South Africa in the second round of the Rugby Championship at Estadio Malvinas Argentinas last weekend.

Riding on a 17-point brilliance from Nicolas Sanchez and a double from Bautista Delguy, the Pumas showed a great display to complete a 32-19 victory over Rassie Erasmus' men that also saw them bringing an end to a 11-game losing streak.

Argentina headed into the break with a comfortable 27-7 lead that proved enough despite a second half fight from the Boks that saw Mapoe crossing over twice to hand the first win for the side under new head coach Mario Ledesma.

The win has taken Argentina to ninth place with 77.02 rating points as they displaced Fiji, who have 76.54 points. Meanwhile, South Africa's defeat saw them lose 1.48 rating points as they slip one position to seventh place - their lowest since the rankings were introduced in 2003. South Africa’s loss comes as a shock to punters looking to place bets on S. Africa finishing first on the Championship. The odds for S. Africa winning the Rugby World Cup 2019 have dropped to 10/1 with Marathonbet and 14/1 with Coral.

In the other game of the Rugby Championship, Beauden Barrett showed his class with four tries as the All Blacks went on to beat their trans-Tasman rivals 40-12 at Eden Park that saw them win the Bledisloe Cup for 16th consecutive year.

The win also meant the World Champions kept their record over Wallabies at Eden Park intact as they last lost a Test match against them at the venue way back in 1986.

Despite the result, Australia maintained their fifth position and now have 83.96 rating points with Scotland closing them on after having 83.02 points while the All Blacks have consolidated their position at the top with 94.52 points. If you are looking to back Australia as the promised winner you can find the best winning odds at 15/2 with Unibet.

The third round of the Rugby Championship 2018 will see New Zealand taking on Argentina in Nelson while South Africa will travel to Brisbane to face Australia with both the games scheduled to be played on 8th September.

Meanwhile, Paraguay's 45-36 defeat over Mexico in the maiden season of Americas Rugby Challenge saw them displace Zimbabwe to 37th position in the rankings - thanks to a 23-point contribution from fly-half Sergio Alvarenga.

A 71-7 win for Colombia over Guyana on Sunday saw them rise to the 40th position in the table while Guyana dropped two places to 48th position, leaving the team without any interesting odds on winning so far. No doubt the competition is tight and the odds are rising among the different online bookies. click here to get the best bookmakers offers for 2018 as well as more information about betting on the Rugby world cup.