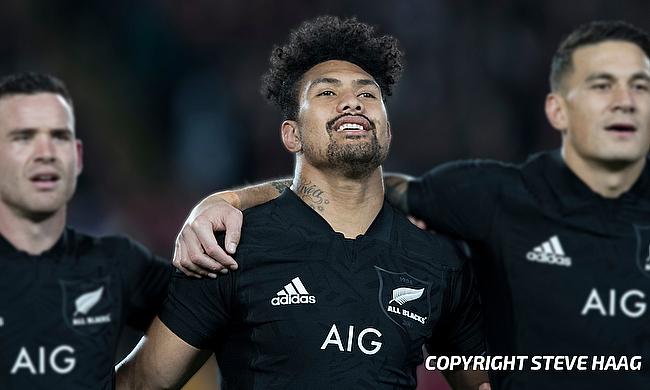 The 28-year-old has played 59 Tests for New Zealand and became only the 70th player to lead the renowned black and white jersey of the All Blacks when he was handed the captaincy in August this year during The Rugby Championship.

His career has blossomed since bursting onto the scene at the age of 18; he has represented the Hurricanes in Super Rugby and the New Zealand Sevens team, to becoming one of the most influential cogs of the three-time World Champions’ team unit.

“My family and I are so excited to be joining Roc Nation. Having a highly skilled team of specialists behind me looking after all aspects of my career will not only allow me to concentrate on my on- field performance but provide long term security for my family and a platform for me to pursue other areas of interest that I am really passionate about.”

Roc Nation Sports International President, Michael Yormark said: “We are super excited to welcome another elite, world-class rugby player into the Roc Nation family. Not only is Ardie an extraordinary rugby player, but his personality and off-field goals and objectives mirror perfectly what our company stands for and the voice we want to have in the rugby community. There is no doubt that bringing Ardie into our family brings us a step closer to changing the game. ”

Roc Nation Sports will manage Savea’s career both on and off the field with a focus on his brand, off-field entrepreneurial projects and philanthropy. Ardie was introduced to Roc Nation by his good friend Siya Kolisi, Roc Nation Sports first rugby signing.

Roc Nation Sports Athlete, Siya Kolisi said: “Ardie is my brother and to now be able to work with him professionally off the field, in addition to doing battle on it, is an amazing feeling. Both of us have experienced many similar challenges throughout our career - and so to join forces with somebody so like-minded and determined to influence change makes me very excited for the future."